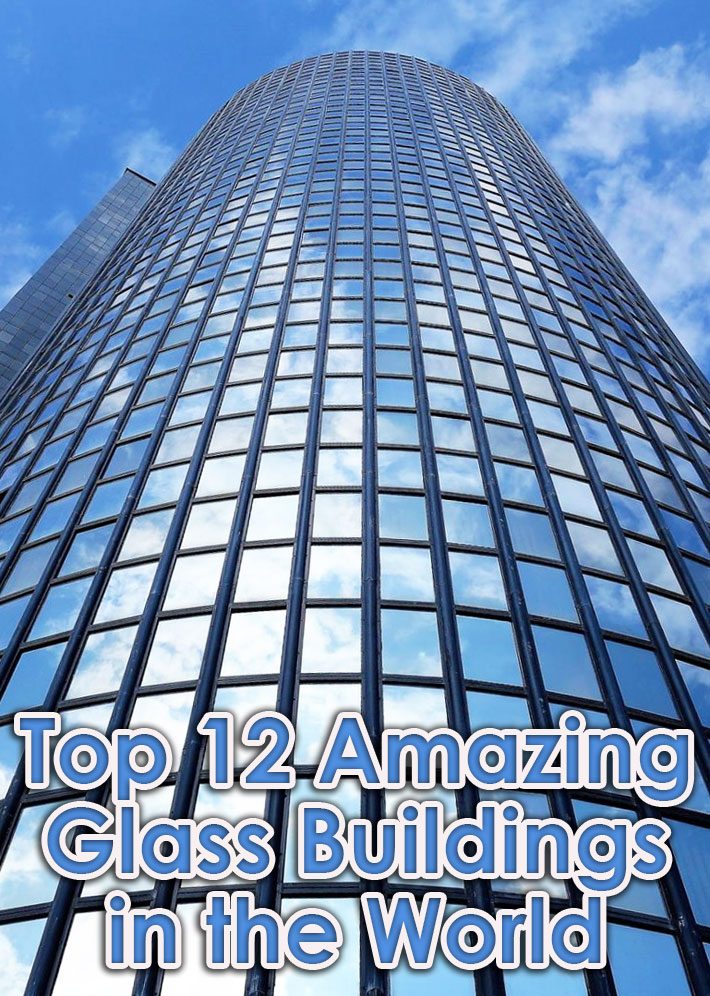 Modern architecture is traversing many unconventional ways. The use of glass in as a dominating material is one of the features that developed recently. Quite a few glass buildings have taken birth over the years, displaying breathtaking beauty and outstanding innovation. Here is a list of Top 12 amazing glass buildings in the world.

1. The Botanical Garden of Curitiba

Inspired by the mid-19th century Crystal Palace of London, the Botanical Garden was opened in 1991. Located in the center of Curitiba, it is one of the major tourist attractions in the city. The greenhouse forms the seminal part of the garden, where various species of plants are grown. An art nouveau building spanning over 450 square meters in area, the greenhouse is an elegant construction made of glass and metal, surrounded by waterfalls and fountains.

Located on the campus of Kanagawa Institute of Technology, this building, if it can be called so, is one of the most transparent constructions out there. It was designed by Junya Ishigami and Associates. The building is essentially a single room about 2000 square meters large. It is composed of only glass panels and white steel columns of varying size and shape. The whole design gives a sense of forest rather than a building.

Designed by MZ Architects, which has offices in Abu Dhabi and Lebanon, the 110-metre tall building, which opened in 2010, was the first upright circular building in the Middle East. It was named Best Futuristic Design at the 2008 Building Exchange Conference in Spain.

The beauty of this building may prompt you to think it is an art gallery or museum rather than an office building. But the 13-storey headquarters of the Basque Health Department is one of the iconic buildings in Spain. It was designed by Coll-Barreu Arquitectos. Its polyhedral glass facade allows the natural light to enter inside and make the interior luminous and also reflects the sky. It is one of the popular tourist attractions in Bilbao.

Spanish cities are not just known for their medieval architecture but modern constructions as well. The W Hotel, located on the coastline of Barcelona, is an ideal example of the advancement of modern architecture. Designed by Ricardo Bofill and finished in 2009, this five star hotel is covered by glass which transmits the natural light. The hotel is designed in the model of a sail, which earned it the nickname Hotel Vela (Sail Hotel), and provides the guests a spectacular view of the Mediterranean Sea from behind the glass walls.

6. Netherlands Institute for Sound and Vision

Located in Hilversum, the Netherlands Institute for Sound and Vision is one of the most unique glass buildings in the world. Designed by architects Willem Jan Neutelings and Michiel Riedijk, the building is in the shape of a cube and is covered with colored cast-glass panels. It has a total of 10 floors, half of which are underground. The night view of the building is particularly mesmerizing. It is a museum and archive which houses most of the audiovisual materials produced in the country for a long time.

Perhaps the most famous of the glass buildings in this list, the Louvre Pyramid attracted a large amount of criticism on its opening as well. Many architects believed it was a blot on the beauty of the classic architecture of Louvre Museum. However, the structure, built in 1989, is one of the iconic glass constructions in the world. Designed by architect I. M. Pei, the pyramidical structure serves as the principal entrance to the renowned museum.

Also known as ‘The Gherkin’, 30 St Mary Axe is one of the tallest structures in London. Designed by Norman Foster, its construction was finished in 2003. Most of the building is covered with thick glass panels, which enhances the use of natural light and temperature. The building; which has 41 floors, uses much less energy for its activities compared to similar structures. It received the Royal Institute of British Architects (RIBA) Stirling Prize in 2004.

Also known as Fred and Ginger, the Dancing House is a unique piece of modern architecture. Built in 1996, this building is located in Prague near the Vltava river, in the midst of old classic buildings. The shape of the building resembles a pair of dancers, a tribute to Fred Astaire and Ginger Rogers. It was designed by architects Vlado Milunić and Frank Gehry. Although controversial on its construction, the building won the Design of the Year award by Time magazine in 1996.

Also known as National Grand Theatre this is one of the prime specimen of modern architecture. Located in Beijing, it is a multi-purpose glass building designed by French architect Paul Andreu. Built in 2007, the building is made of titanium and glass, and is commonly called ‘The Giant Egg’ by the natives owing to its shape. It is surrounded by an artificial lake. The building houses an opera house, concert hall and theatre hall which can together seat more than 5000 guests.

The Reichstag building in Berlin is considered the second most popular sites in Germany (only the Cologne cathedral can claim more visitors). The Reichstag building is not particularly old – it was constructed at the end of the nineteenth century but hugely remodeled a century later with the popular Kuppel walkway designed by Sir Norman Foster added. The views from the roof and the dome are the main attractions of visiting the Reichstag.

At 310 meters, The Shard isn’t only the tallest building in London, it’s the tallest in the whole of Western Europe, and offers guests a sensational experience, starting when you enter on the ground floor. The Shard is made up of 11,000 glass panels on the exterior. The Shard was designed in 2000 by architect Renzo Piano, he drew his initial design on the back of a napkin.

Low-impact Hobbit home only cost US$4,650 to build 6 years ago 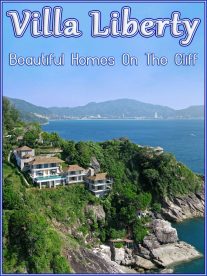 Beautiful Homes On The Cliff; Villa Liberty 6 years ago