Narcissistic Friend – How to Spot a Narcissist 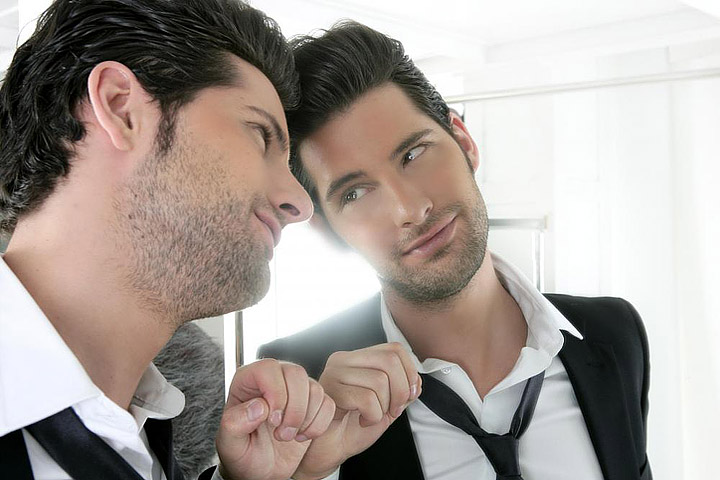 Got an intensely charming friend who was strangely magnetic for the first few months of your acquaintance, but now, weirdly, is just annoying you — and you don’t know why? Congratulations: you may have a narcissistic friend. New research is showing that the initial charm of narcissists, formerly thought to be intensely powerful, might actually prove less effective on “normal” humans over time. And we now know exactly what about them is so alluring to us when we first meet them.

Based on the myth of Narcissus, the Greek nymph who was so obsessed with his own reflection that he was transformed into the narcissus flower, which continually peers at its own image in rivers, the psychological narcissist is a far less benign creature than a dainty flower. Narcissistic Personality Disorder is found in the DSM-IV catalogue of recognized mental health disorders, and it’s characterized by superficial personal charm, whopping absences in empathy, and a tendency to go for power-plays and manipulation.


The public perception of narcissists, aided by certain kinds of research, is often one of success. It’s believed that narcissists (Steve Jobs is alleged to have been one) are often among the most seriously successful members of corporate America and other seriously ruthless environments. Narcissists, it seems, have it good. But it seems that the real story may be more complex, and involve more failure, than we might initially believe. Let’s take a look.

Narcissists Charm Us Initially With Their Entitlement The research was pretty basic: a German research team tracked reactions to narcissistic behavior, which is a combination of self-seeking, serious charm, and arrogance, over a period of time. And the results were pretty revealing, both for what attracts us to narcissists in the first place, and what we do when we’ve been around them for too long.

It turns out, according to the research team’s findings, that there are certain alluring features in narcissists that make them immediately charming at “zero acquaintance,” or when we first meet them. The researchers identified four key things that characterize narcissists: leadership, self-absorption, superiority, and exploitativeness or entitlement. And they found, weirdly, that while all of these characteristics make narcissists appealing at first glance, it’s the final attribute, a sense of entitlement, that makes people respond the most positively. Even though we love narcissists’ fashion sense, sense of humor, and general charm, it’s entitlement that draws us in.

This sounds odd, but it isn’t. Entitlement is, in a basic psychological sense, the idea that normal rules do not apply to the narcissist. They are, in their own minds, better than boundaries or restrictions, superior to ordinary people, and will use their considerable charm to get around anything in their way. It is an extremely seductive trait.

So here’s a quiz for you. When you first met this charming friend of yours, did they do something rule-breaking? Push the boundaries a bit? Ask for an extra bit of cream in their coffee or charm a cinema worker into giving them a discount? Show off the fact that they knew the chef personally? If that’s what you liked about them on first sight, you may well have got yourself a narcissist.

What Draws Us In Also Pulls Us Out As the researchers pointed out, the whole exploitation and entitlement part of narcissists’ make-up is their most “maladaptive” trait; it’s their worst part. It’s what lets them treat people terribly. And it’s precisely this attractive feature that also makes us, after a period of time, wary of them.

This research shows that narcissism isn’t actually a matter of conquering the world: it’s a self-destructing cycle. Narcissists pull us in with their entitlement at first acquaintance, but that entitlement, and our show of approval for it, actually reinforce the narcissist’s terrible behavior — and eventually makes people pull away from them. So they aren’t actually permanently, unassailably popular: they’re constantly trying to find new people to impress, because the old ones get sick of them. So much for the image of the narcissist as eternal Prom King.

Scott Kaufman at the Huffington Post points out that this research makes it clear why interpersonal relationships with narcissists tend to go downhill rapidly in about four months. He also recommends a quick fix: if you sense you’ve just met a charming narcissist, put them in a situation where their “ego is threatened,” and see how aggressively they react. If they throw a tantrum, the trap has been sprung. If you’ve got an acquaintance, friend, or coworker you’re finding aggravating after a few months, ask yourself:

• Did you find them absolutely charming and witty at first acquaintance?

• Did they break the rules and make demands in a way you found “cool”?

• Do they seem to cycle through friends a lot?

• Do you find their sense of entitlement frustrating now?

Everybody has beliefs about the treatment they deserve. The thing about narcissists is that they believe their treatment should be exceptional, because they themselves are exceptional. And that warps their entire perception of the world and their place in it. So be very wary when you first meet somebody whose confidence strikes you as amazing. First impressions can be very, very wrong. 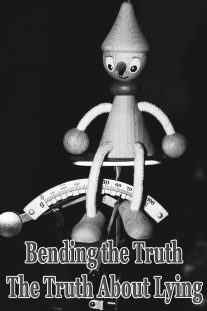 Bending the Truth – The Truth About Lying 4 years ago

Beauty Tips for Nails 5 years ago