Chrysanthemums in Your Garden 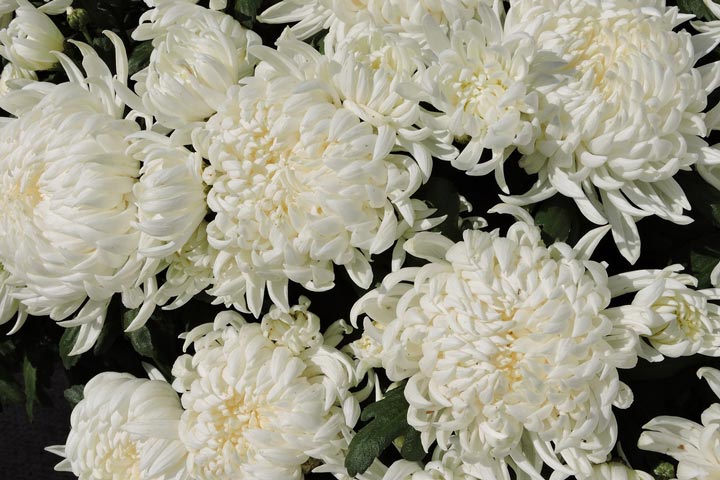 How to Grow Chrysanthemums in Your Garden

In the fall garden, chrysanthemums are the showstoppers, blooming prolifically well after other garden plants have called it quits for the season. Native to China and prized for over 2,000 years, the name “chrysanthemum” comes from the Greek words for gold (chrysos) and flower (anthos) and is often affectionately shortened to “mum.” Research into chrysanthemums will lead to some confusion as you encounter two botanical names: Chrysanthemum sp. and Dendrathema sp. The plants were originally named and placed in the genus Chrysanthemum in the 1700s. Then, in the 1990s, they were moved to the genus of Dendrathema because of the sheer number of varieties being developed. That decision was soon reversed, and Chrysanthemum is once again the official scientific name. There are literally hundreds of types of chrysanthemums – with variations in height, spread, color, size of flower, bloom time, and type of bloom. There are also hardy garden mums and non-hardy florist or show mums. Some of the most common types of blooms are: Decorative: Large with many rows of petals, often with petals curling toward the center Anemone: Cushion-shaped, but with the center covered by shorter petals of a darker color Quill: Tube-shaped petals that are long and straight For the home garden, the most common hardy types are the anemone, cushion, decorative, and single varieties. Chrysanthemums are one of the easiest plants to grow, but show-quality and non-hardy blooms require a great deal of care.

Location: Chrysanthemums are susceptible to mildew, so keeping the plants dry is a priority. They need plenty of air circulation, water drainage, and morning sun to dry the dew on the leaves and stems. Don’t plant in low-lying, wet, compacted, or boxed-in areas with little air circulation. Chrysanthemum blooming occurs in response to shortening days and longer nights, so avoid planting near streetlights or other nighttime light sources.

Soil requirements: Fertile, well-drained, sandy or loamy soil with a pH around 6.5.

Fertilization: Chrysanthemums are pretty tough and can thrive on their own, but they benefit from light and frequent feeding with a balanced fertilizer during the growing season. Ideally, chrysanthemums should be planted in the early spring after the danger of freezing weather has passed. They can really be planted any time, though, as long as the roots have at least 6 weeks to become established before extremes of either hot or freezing weather.

Chrysanthemums are available at garden centers in up to gallon-sized containers. Choose bushy plants with plenty of leafy stems branching out at the base.

Dig a hole at least twice the size of the root ball, and incorporate organic matter such as compost or peat to help with drainage. Plant the mums at exactly the same depth they were in the pot – avoid water collection around the stems. Space plants 18-24 inches apart.

For larger varieties, install support structures such as stakes or garden fencing, and try not to walk in mum beds to avoid compacting the soil. When plants are six inches tall, pinch off the tips to encourage bushiness and more blooms. Pinch back again when a foot tall. Some gardeners pinch back every few weeks until July to encourage heavy fall blooming. Last pinching should be about 100 days before desired bloom time.

Spring-planted mums may have been forced to bloom in the greenhouse. Prune back about a third to half the stems when you plant, and it’s likely to bloom again in fall.

After blooming, some gardeners cut mums back to about 4” tall and cover with a light, airy mulch, straw, or evergreen boughs. You don’t have to cut them back, though, and in fact the branches often help hold mulch in place. Chrysanthemums can be propagated from seeds, cuttings, or plant division. Some chrysanthemum hybrids are patented and cannot be propagated without permission. This is usually indicated on the plant label.

Chrysanthemums actually like to be divided – the new clumps grow better than old, crowded ones. After the last spring frost when shoots are 1”- 3” tall, dig them up and carefully pull or cut apart. Throw away any half-dead or overly woody parts, and plant only the healthy divisions. Add a source of phosphorus to the planting hole, along with organic matter. Ideally, divide chrysanthemums every 3-5 years and relocate to reduce disease.

To propagate from cuttings, snip off a piece about 4”- 6” long, and remove the leaves on the bottom half. Dip in rooting hormone and insert about 1” into vermiculite, sand, or sphagnum moss. Create your own mini-greenhouse using a wire frame and plastic wrap, and place the plants under bright light (but not sunlight) until rooted.


To grow from seed, sow at least 2 months before first frost, or start indoors over the winter. The planting medium should be kept at 70-75 degrees, and seeds should germinate in 1-3 weeks.