Man Sues Red Bull “For Not Giving Him Wings” 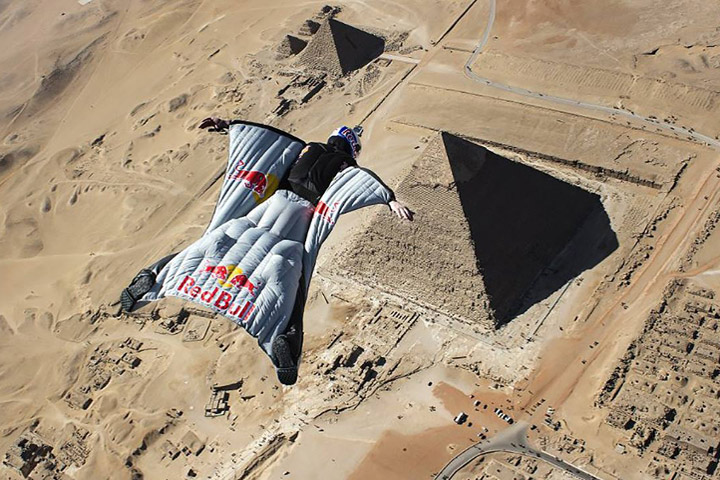 It is hard to imagine that anyone who saw Red Bull’s advertising slogan would actually believe the caffeinated soft drink “gives you wings”, but in litigation-hungry America the claim has been officially falsified.

Benjamin Careathers, a regular consumer of the fizzy drink, sued the company for false advertising, arguing that after 10 years drinking Red Bull he neither had wings nor any enhanced athletic or intellectual performance. According to the complainant, the Austria-based firm deliberately misled unsuspecting customers to spend millions of pounds on the premium drink in the hope of gaining an edge on their competitors. And fearful of a costly and time-consuming trial, Red Bull was forced to settle the case out of court, pledging to refund $10 to any US customer who bought the drink since 2002 and agreeing to amend future advertising.

Drinks giant Red Bull GmbH must pay $13m to settle the suit, $6.5m of which will go into a fund that will be paid out to an estimated 1.4 million consumers, who can apply for the refund through a specially created website.

“Red Bull settled the lawsuit to avoid the cost and distraction of litigation,” a spokesman said. “However, Red Bull maintains its marketing and labeling have always been truthful and accurate, and denies any and all wrongdoing or liability.” But the class-action lawsuit, which began in January 2013, cited evidence in The New York Times, Nutrition Reviews and the European Food Safety Authority Journal that indicated energy drinks provide their boost through caffeine alone, not guarana or any other ingredient. As a result, Mr Careathers argued, Red Bull’s performance-enhancing properties could only be tested by the quantity of caffeine in each can, which worked out more expensive that a cup of coffee from Starbucks.

“Such deceptive conduct and practices mean that [Red Bull’s] advertising and marketing is not just ‘puffery,’ but is instead deceptive and fraudulent and is therefore actionable,” the suit said.

“Even though there is a lack of genuine scientific support for a claim that Red Bull branded energy drinks provide any more benefit to a consumer than a cup of coffee, the Red Bull defendants persistently and pervasively market their product as a superior source of ‘energy’ worthy of a premium price over a cup of coffee or other sources of caffeine.” The company’ pledge to refund $10 – or $15 worth of Red Bull products – to each drinker since 2002 has sparked an overwhelming reaction around the world.

It has since been confirmed that the amount refunded to individuals could be much lower than originally estimated, as more and more consumers apply for compensation from a finite pool of settlement money.

10 amazing stories of 2016 that prove there’s still hope for humanity 6 years ago
← What do Children Learn from Keeping Pets
Stinky Cheese Ice Cream is a Hit! →