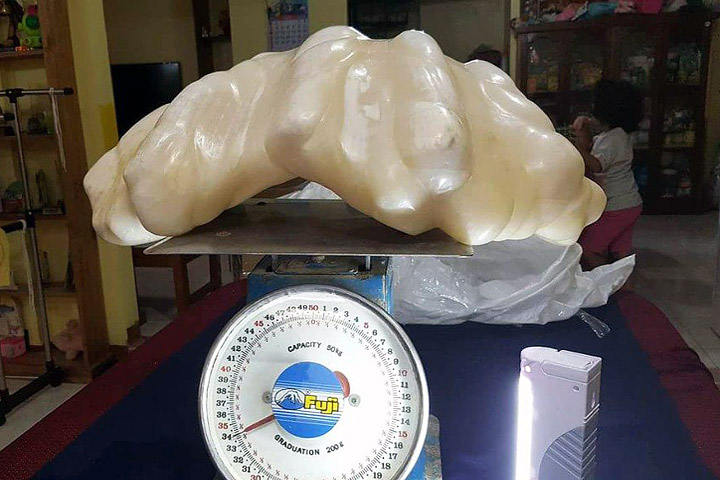 A gigantic pearl cherished as a good luck charm by a Filipino fisherman is likely the world’s largest ever discovered.

Measuring 1 foot wide, 2.2 feet long and weighing 75 pounds, the giant pearl was found some 10 years ago off the island of Palawan in the Philippines. The fisherman, whose name has not been disclosed, discovered it by sheer chance when the anchor of his boat become lodged on a giant clam. Diving to investigate, he found the giant pearl inside the clam, retrieved it, and then kept it under his bed for the next decade as a good luck charm.

According to Aileen Cynthia Amurao, a Puerto Princesa city tourism officer and relative of the fisherman, the pearl’s existence remained hidden until recently.

“He’d almost forgotten everything about the pearl until he was moving out, and he remembered he had something under his bed,” she told KSAT. The man, unaware of its potential value, agreed to donate the pearl to the tourism office to serve as an attraction. Only after taking its dimensions did Amurao realize he’d likely discovered a record-breaking organic gem. 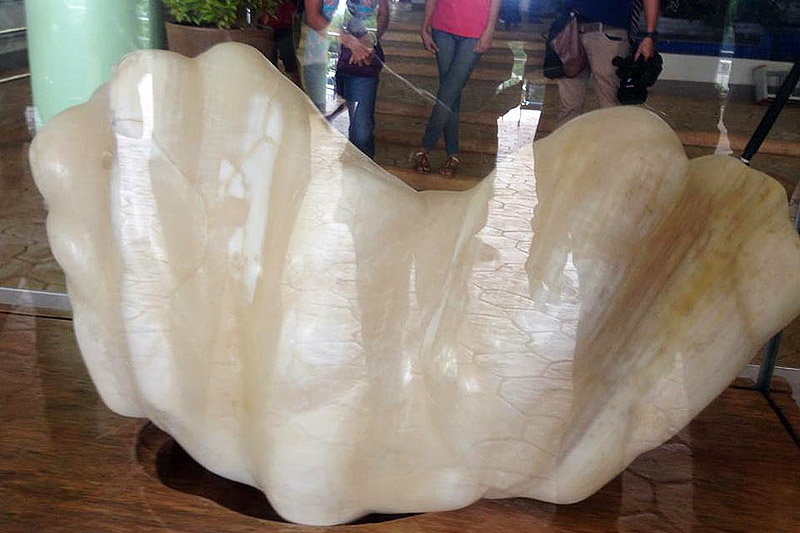 “So far based on our research in the web we cannot find any recorded article about this kind and as big as this size,” she told the Guardian. By comparison, the previous record holder (also found in Palawan waters), weighs in at only 14.1 pounds.

According to early estimates, the Puerto Princesa pearl may be worth as much as $100 million. Right now, however, the city doesn’t have any plans to sell the ocean gem.

“We have decided that the pearl will be used as one of our tourists attractions in the city,” she added. “It is already displayed in city hall.”

Gorgeous Flowers – A Brief History of Roses 1 year ago