Are Fish Oil Pills and Supplements Good For You? 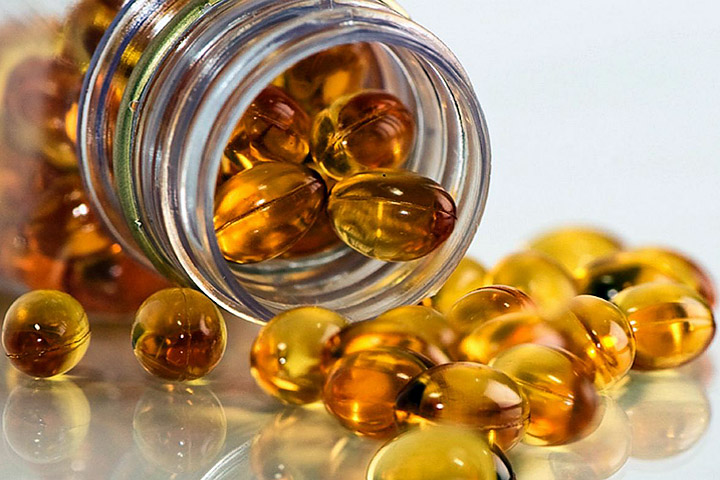 In the United States, sales of fish oil pills and supplements, commonly sold as the nutritional supplement omega-3 fatty acids, reach about $1.2 billion a year. Touted for its ability to do just about everything but leap tall buildings, fish oil has become one of the trendiest supplements out there. It’s the third most widely used dietary supplement, after vitamins and minerals.

But like all nutritional supplements that purport to be the product of divine agency, more often than not there’s more misinformation than miracle involved. And such is the case with fish oil.

Although there is evidence that fish oil is helpful in treating some conditions, there is much more about the oil that can’t be proven. Fish oil pills and supplements comes with a disconcerting list of potential toxins, side effects and sustainability issues. The magic mojo of fish oil pills comes courtesy of its high levels of omega-3 fatty acids. Omega-3 fatty acids are a type of polyunsaturated fatty acid that cannot be made in the body and therefore must be consumed through diet. This fatty acid family includes (but is not limited to) eicosapentaenoic acid (EPA), docosahexaenoic acid (DHA), and alpha-linolenic acid (ALA). EPA and DHA are found predominantly in algae-consuming marine foods, which are rendered into fish oil.

Over the past few decades, study after study has linked consumption of omega-3s with a number of health benefits, most notably those involving heart health, inflammation, and vision and cognitive issues. The National Institutes of Health (NIH) notes that omega-3 fatty acids reduce pain and swelling, which may explain why fish oil is likely effective for psoriasis and dry eyes. These fatty acids also prevent the blood from clotting easily, which might make fish oil helpful for heart conditions. NIH goes on to list one condition for which fish oil is “effective for” (high triglycerides), one condition for which fish oil is “likely effective for” (heart disease), and 26 conditions for which omega-3s may be “possibly effective for” (everything from stroke to cancer to psychosis).

The science is murky

There has been supportive evidence from numerous studies suggesting that the consumption of recommended amounts of DHA and EPA in the form of dietary fish or fish oil pills and supplements lowers triglycerides; reduces the risk of death, heart attack, dangerous abnormal heart rhythms, and strokes in people with known cardiovascular disease; slows hardening of the arteries, and lowers blood pressure slightly. Despite all the love researchers have shown to fish in the last few decades, recent research seems to be undoing many of the earlier studies and is leaving definitive answers hard to discern. Here’s just some of the naysaying science:

The history of fish oil fandom In the 1970s, Danish scientists Dr. Hans Olaf Bang and Dr. Jorn Dyerberg, studied Inuits living in remote villages in northern Greenland. These villagers had remarkably low levels of cardiovascular disease and the scientists concluded their heart health was due to their diet. The Inuits ate lots of fish, seal and whale blubber. The researchers suggested that everyone could benefit from the omega-3-heavy fishy diet.

Later, researchers said that the Danish scientists never proved that the Inuits actually had low rates of heart disease. But it was too late. The word had spread about the benefits of their diet and supplement sales started to grow. But it wasn’t until the oily capsules got the endorsement of the American Heart Association that the market took off, reports the Washington Post.

In 2002, the association issued a “Scientific Statement” with the conclusion that “omega-3 fatty acids have been shown in epidemiological and clinical trials to reduce the incidence of cardiovascular disease.”

Bill Harris, one of the three authors of the AHA statement, told the Post that currently the “evidence is unclear” on the benefits of fish oils. But “it all made a lot of sense at the time,” said Harris, now a professor at the University of South Dakota. “There seemed to be a benefit, and they were safe, so there was just no downside. Everything looked good, so why not do it?”

For it’s part, the American Heart Association still endorses fish oil pills, suggesting that people with heart disease, particularly those who don’t eat much fish, “may want to talk to their doctor about supplements.”

Toxins can be a problem Heavy metals such as arsenic, cadmium, lead and mercury come to us by way of industry and are not easily broken down, and thus end up throughout the environment at low levels, especially in fish. And fish oil. Adverse effects from ingesting heavy metals can include cognitive impairments, nervous system dysfunction, blindness, lack of coordination, deafness, development of certain cancers, irreversible liver and kidney damage and death.

Along with heavy metals, there are also other toxic compounds that bioaccumulate in fish. Polychlorinated biphenyls (PCBs) can lead to skin problems, muscle spasms, chronic bronchitis and nervous system disorders; and dioxins and furans have been linked to a number of adverse health effects including skin, liver and immune system problems, endocrine and reproductive disruptions and the development of certain cancers.

One of the trickiest parts about navigating which fish to eat, for many people, is figuring out which fish have the least amount of toxins versus which fish are sustainable. To help with similar issues when selecting fish oil, you can check with the International Fish Oil Standards Program (IFOS) which is a third party toxin testing and accreditation program for omega-3 fish oil products.

Fish oil is served with a side of side effects We generally don’t consider the impact of side effects with our nutritional supplements — you know, the things we take to make us healthier. But fish oil pills offers side effects in spades. Here is a list from the Mayo Clinic. (Just for fun, read them in the hushed, calming tone of an actor listing prescription drug side effects on a television commercial.)

Fish oil pills and supplements may cause nausea, diarrhea, loose stools, decreased appetite, constipation, vomiting and fat in the stool. Gastrointestinal side effects may be minimized if fish oils are taken with meals and if doses are started low and gradually increased.

There are rare reports of mania in patients with bipolar disorder or major depression. Restlessness and formication (the sensation of ants crawling on the skin) have also been reported.

Omega-3 fatty acids may increase blood sugar levels. Caution is advised in patients with diabetes or hypoglycemia, and for those taking drugs, herbs, or supplements that affect blood sugar. Blood glucose levels may need to be monitored by a qualified healthcare professional, including a pharmacist.


Omega-3 fatty acids may increase low-density lipoprotein cholesterol levels, may worsen symptoms for patients with ventricular tachycardia, may increase the risk of bleeding, and may decrease blood pressure.

Fish oil taken for many months may cause a deficiency of vitamin E and may increase the risk of vitamin A or D toxicity — so use large amounts cautiously.

Individuals at risk for hormone imbalance or those undergoing hormone replacement therapy should use cautiously, as decreased estrogen receptor production has been associated with fish oil pills and supplementation.

Patients with asthma, inflammatory bowel disease, or liver disease, and patients at risk for colon cancer should use cautiously, based on potential adverse effects associated with fish oil use. The moral of the story here: Check with your doctor before taking fish oil.

There are sustainability issues The best and most-commonly used sources for the pills we pop are oily fish like salmon, mackerel and sardines to name a few; many environmentalists fear that some species are being overfished for this purpose. We may have an endless appetite for fish oil, but we don’t have an endless supply of fish.

Of particular concern is the unglamorously named menhaden, which The New York Times describes as “a big-headed, smelly, foot-long member of the herring family.” Although prized for dinner in the 18th century, the species has become the unsung victim of the fish oil business, which presents us with potential marine mayhem. Menhaden filter-feed almost entirely on algae and are especially good at converting it into omega-3 fatty acids, which make them a good target for fish oil companies. Bummer for the menhaden.

One particular company, Omega Protein of Houston, has been scooping up 90 percent of the country’s menhaden. It’s become such a problem, that 13 of the 15 Atlantic states have banned the company’s boats from their waters. Yet the company is still allowed to fish in North Carolina and Virginia, as well as federal waters; the company’s efforts result in the removal of half a billion menhaden every year.

Aside from the questionable act of depleting a public natural resource for a company’s private profit, the damage to the ecosystem is cause for alarm. According to the Times, “the muddy brown color of the Long Island Sound and the growing dead zones in the Chesapeake Bay are the direct result of inadequate water filtration — a job that was once carried out by menhaden.”


Menhaden keep the ocean waters of the Atlantic and Gulf coasts clean. A menhaden filters four to six gallons of water of algae in a minute, which prevents oxygen-depleting algal blooms that lead to underwater dead zones. If you calculate the filtering capacity of the half-billion menhaden that are turned into fish oil every year, the picture begins to look dismal.

But that’s not to say that sustainable omega-3 supplements are not available. Bruce Franklin, author of “The Most Important Fish in the Sea: Menhaden and America,” notes that there are 75 commercial products (including those reduced from fish scraps) that aren’t directly linked to the depletion of a species.

And for those who would prefer to avoid the whole piscine predicament altogether, flax seed, chia seeds, hemp seeds, and sesame seeds — and particularly their oils — are good vegetarian sources of omega-3 fatty acids, although the mix of specific acids is different from which one can get with fish.

Crash Diets Are Effective But Can Be Dangerous Too! 4 years ago 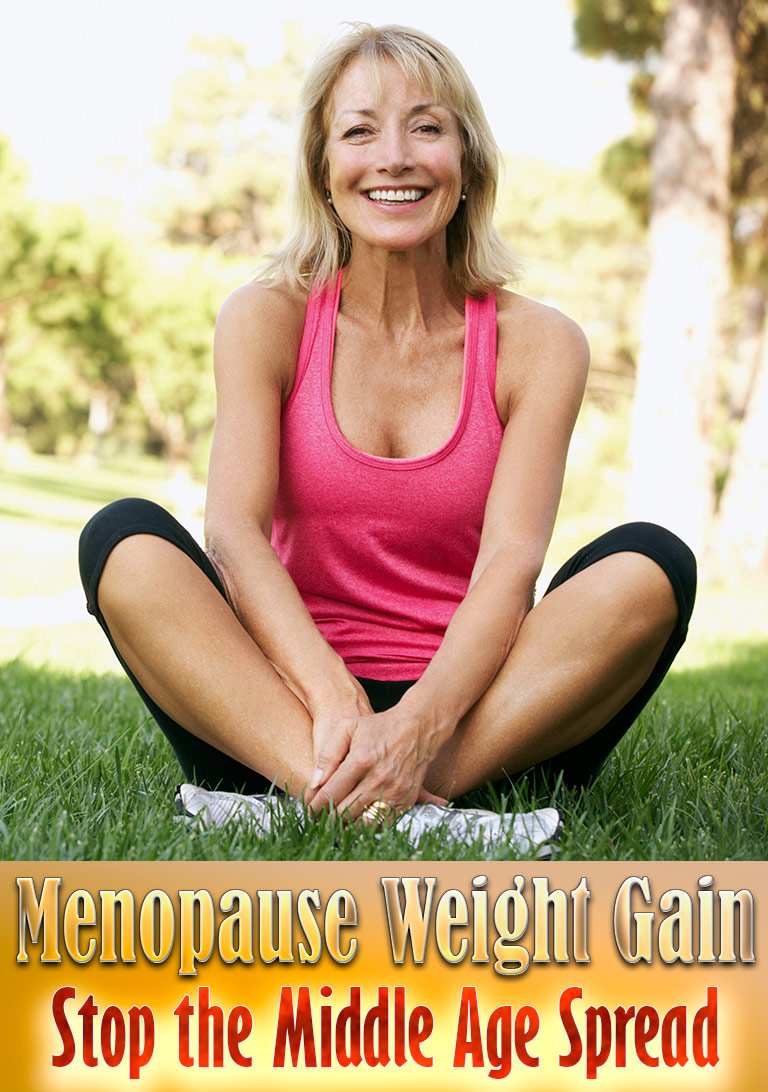