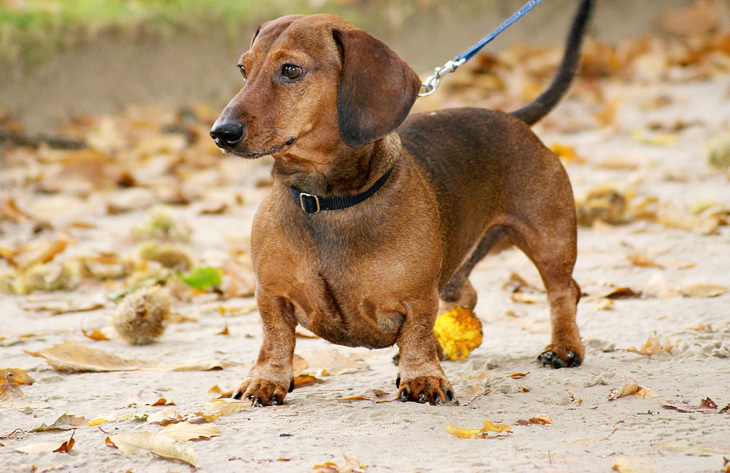 Dachshunds are active, fun-loving dogs, but they can also be hard to housetrain, willful and feisty, which might make them a poor choice for many families, particularly those with children. Dachshunds are also wary of strangers and tend to bark loudly when their suspicions are aroused – or because a leaf blew across the lawn. That tendency to bark at the least provocation is just one of many reasons a Dachshund cannot be left alone out in the yard or live outdoors.

The breed descended from dogs bred to fearlessly follow prey into underground burrows and tunnels – a job a few of them still manage. Those traits make the Dachshund determined to the point of stubbornness, a bit aggressive with other dogs and an enthusiastic digger.

For those who love the breed, there’s a lot of variety: Dachshunds come in two sizes – the standard, weighing between 16 and 32 pounds, and the miniature, which is 11 pounds and under. They also come in three coat types: smooth, wirehaired and longhaired. All three coat types come in a variety of colors and markings, including solid colored, dappled and marked with white.

Dachshunds are good family dogs if they are brought up with kids, but it’s important to supervise play so that children don’t pick up or hold them incorrectly. Their adaptable nature and moderate exercise needs make them appropriate for anyone from young singles or couples to seniors.

The Dachshund has been around in one form or another for at least 500 years. He was prized for his strong scenting ability, small size, determination to dig and courage in the face of a formidable foe. Breeds that probably contributed to the development of the Dachshund were the schweisshund, a type of Bloodhound; pointer-type dogs known as dachsbracke; Basset Hounds and Beagles.

Dachshunds first came to the United States in 1870, imported to hunt rabbits. The American Kennel Club registered its first Dachshund in 1885, and the Dachshund Club of America was formed 10 years later.

Because of its German heritage, the breed’s popularity took a nosedive during World War I. It took a couple of decades for the breed to regain acceptance. Once it did, not even World War II, with the Germans as enemies again, could stop the Dachshund’s rise to his current place as one of America’s favorite dogs. These days, the Dachshund is ranked number eight among the breeds registered by the AKC. One of the words most associated with the Dachshund is “determined.” The breed standard describes him as clever, lively and courageous to the point of rashness. This is a dog who never gives up. And size makes no matter. A mini Dachshund is no less determined simply because he is smaller. Never insult him by calling him “cute.”

While all Dachshunds should be brave and fearless, each type has a distinct personality. The wirehaired Dachshunds are terrier-like in temperament, with a clownish attitude and a propensity for getting into trouble. They are the ones you’ll find taking one end of the roll of toilet paper and running through the house with it.

Longhaired Dachshunds tend to have a softer temperament to match their silky coats. They are quiet and elegant, with a somewhat more biddable personality, but they are just as active as smooth or wirehaired Dachshunds.

The Dachshund is many things — stubborn, curious, independent — but one thing he should never be is shy. This is a dog who boldly goes out to meet friends and, as needed, battle foes. He is an outstanding watchdog but welcomes guests.

Training him — well, it’s been said that the term “obedient Dachshund” is an oxymoron. Nevertheless, a Dachshund who will work for you instead of against you can become a heck of a competitor in obedience trials, rally and other dog sports. It’s just a matter of finding what motivates him. Usually food works, but Dachshunds have their own way of thinking and no matter how good the treats are, sometimes their desires just won’t coincide with what you’re asking them to do. Training a Dachshund calls for patience, consistency and a great sense of humor. All dogs have the potential to develop genetic health problems, just as all people have the potential to inherit a particular disease. Run, don’t walk, from any breeder who does not offer a health guarantee on puppies, who tells you that the breed is 100 percent healthy and has no known problems, or who tells you that her puppies are isolated from the main part of the household for health reasons. A reputable breeder will be honest and open about health problems in the breed and the incidence with which they occur in her lines. Here’s a brief rundown on what you should know.

The most common health issues in the breed are back problems. Conditions severe enough for hind-end paralysis are so common that Dachshunds are one of the breeds most likely to spend part of their lives in “canine wheelchairs”: wheeled carts that support the rear of the dogs.

It can be a challenge to give a Dachshund enough exercise to keep him mentally stimulated and physically fit without also harming his back. Keeping your Dachshund on the lean side will help, as will training him when young to use ramps to access sofas, beds and other high surfaces.

Similar to other deep-chested breeds, Dachshunds are prone to bloat, a condition in which the stomach expands with air. This can become the more serious condition, gastric torsion, if the stomach twists around, cutting off the blood supply. Gastric torsion strikes suddenly, and a dog who was fine one minute can be dead a few hours later. Watch for symptoms like restlessness and pacing, drooling, pale gums and lip licking, trying to throw up but without bringing anything up, and signs of pain. Gastric requires immediate veterinary surgery, and most dogs that have bloated once will bloat again. That means it’s wise to opt for the procedure known as “stomach tacking,” which will prevent the stomach from twisting in the future.

Epilepsy, skin conditions, eye disorders and diabetes are also found in the breed. If a puppy’s parents are both of the pattern known as “dapple” (a swirl of different colors), he can also suffer from deafness. Dachshunds like to roll in stinky things. So while they typically don’t need baths more often than every six weeks or so, that rule goes out the window when they find something especially aromatic — to them, anyway. To you, it’s simply eau de bathtime.

Other than that, brush smooth and longhaired Dachshunds weekly to keep them clean and, in the case of the longhair, tangle-free. They shed moderately and regular grooming will help keep loose hair from falling off the dog and onto your clothes and furniture. The wire needs a different kind of grooming. The dead hairs in his coat must be plucked out twice a year, called stripping. Your dog’s breeder can show you how to do it. You’ll also want to trim his bushy beard and eyebrows to keep them looking neat. For the longhair and the wire, trim excess hair between the paw pads.

Keep your Dachshund’s droopy ears clean with a solution recommended by your veterinarian. Don’t use cotton swabs inside the ear; they can push gunk further down into it. Wipe out the ear with a cotton ball, never going deeper than the first knuckle of your finger.

Trim his nails regularly, usually every couple of weeks. They should never be so long that you hear them clicking on the floor.

Stimulate Your Dog to Avoid Dog Hyperactivity 6 years ago 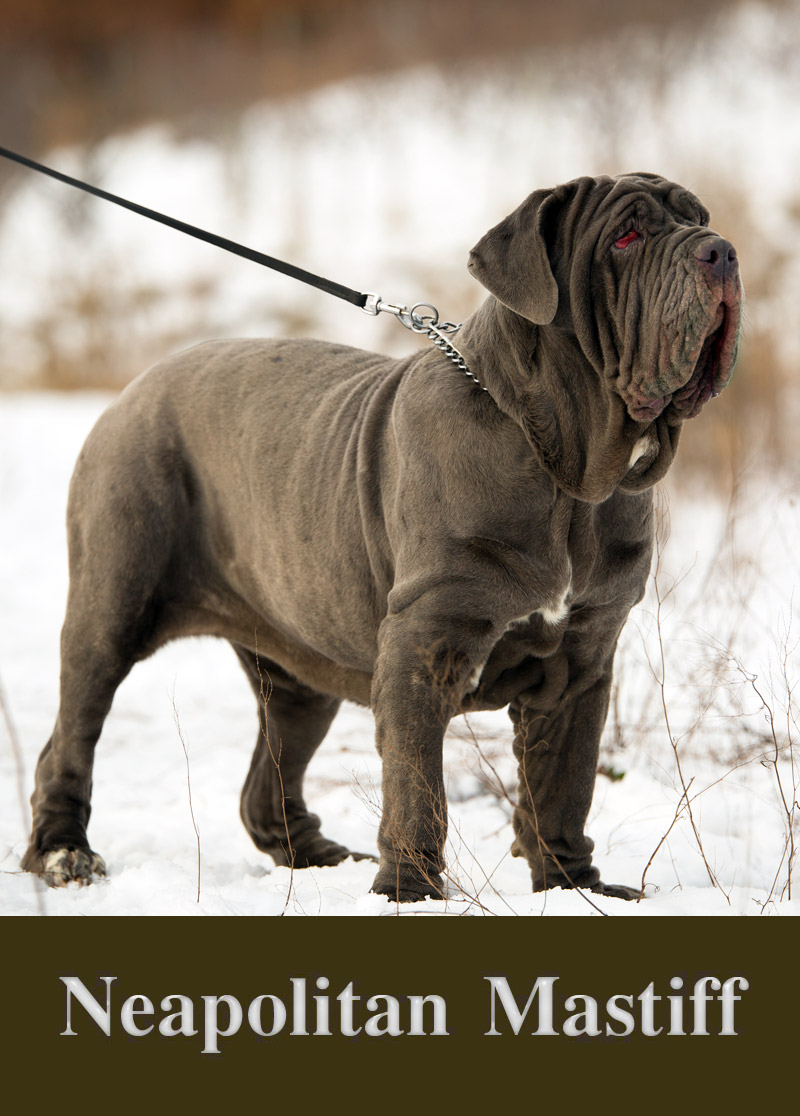