12 Historical Mysteries That May Never Be Solved 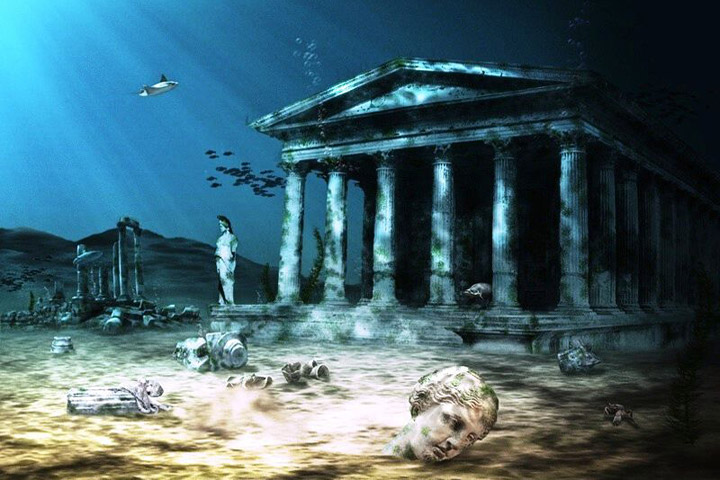 There are some historical mysteries that may never be solved. Sometimes, that’s because the relevant excavated material has been lost or an archaeological site has been destroyed. Other times, it’s because new evidence is unlikely to come forward or the surviving evidence is too vague to lead scholars to a consensus.

The lack of answers only makes these enigmas more intriguing. Let’s take a look at 12 of these historical questions that may never have definitive explanations.

Who was Jack the Ripper? 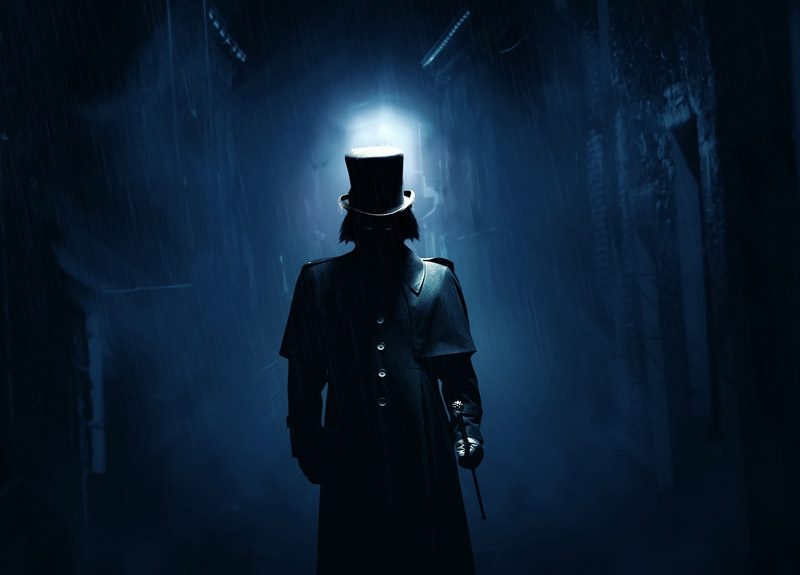 In 1888, Jack the Ripper killed at least five women in London, mutilating their bodies. A number of letters, supposedly from the Ripper, were sent to police taunting officers’ efforts to find the Ripper. (Whether any of them were actually written by the Ripper is a matter of debate among scholars.) The name “Jack the Ripper” comes from these letters.

Needless to say, the Ripper was never found, and over the years, dozens of people have been brought up as possible candidates. A recent book suggested that a woman named Lizzie Williams was the Ripper, although other Ripper experts cast doubt on it. It appears unlikely that the true identity of the Ripper will ever be known for sure.

Where is Jimmy Hoffa? 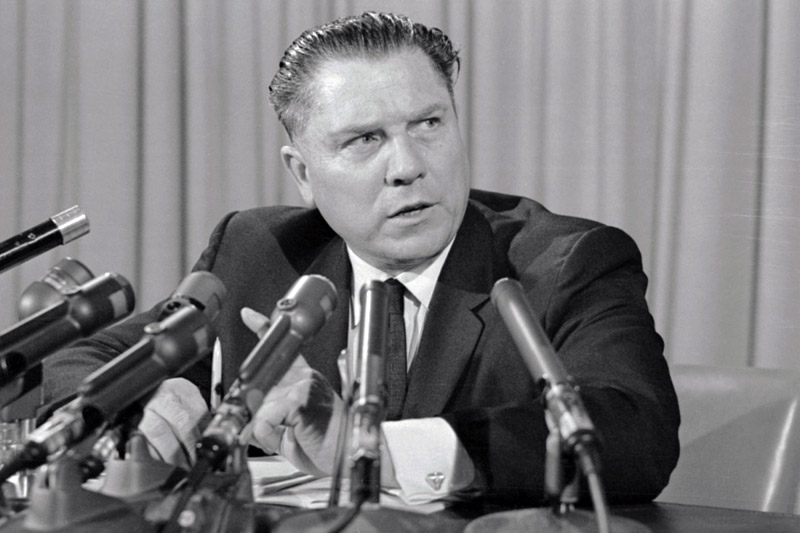 The teamster union leader known for his involvement in organized crime disappeared in Oakland County, Michigan, on July 30, 1975, and is now presumed to be dead. The identity of his killer(s) and the location of his body are ongoing mysteries. Police and forensic anthropologists have searched a number of sites in Detroit and Oakland County to no avail.

One popular theory was that Hoffa’s body was buried beneath Giants Stadium in New Jersey. However, this theory has been debunked. The identity of his killer is also unclear. Before his death in 2006, Richard “The Iceman” Kuklinski, a hit man, claimed to have killed Hoffa and dumped his body in a scrap yard. An author named Philip Carlo visited Kuklinski in prison before he died and wrote a book on Kuklinski’s confessions. After the book came out a number of police officers cast doubt on the confession in media interviews. As the years go by, it appears increasingly unlikely that Hoffa’s remains will ever be found.

Where is Cleopatra’s tomb? 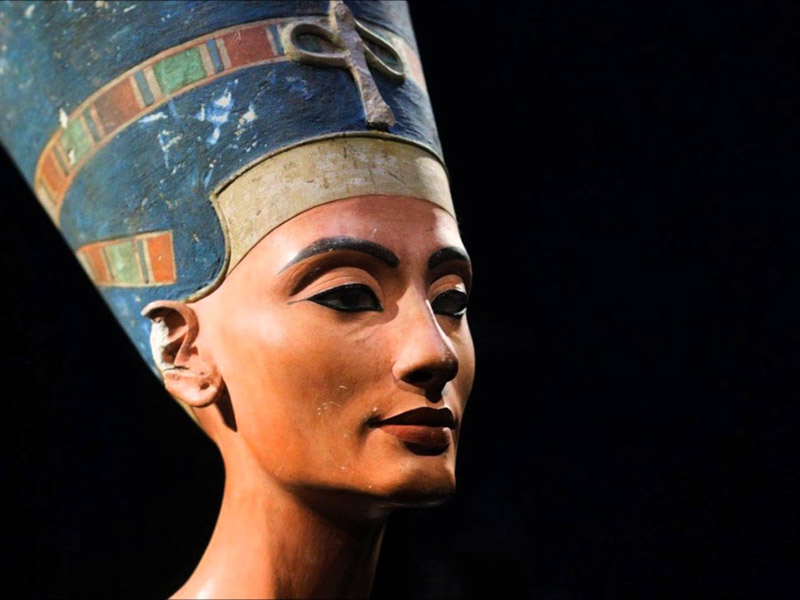 Ancient writers claim that Cleopatra VIIand her lover, Mark Antony, were buried together in a tomb after their deaths in 30 B.C. The writer Plutarch (A.D. 45-120) wrote that the tomb was located near a temple of Isis, an Egyptian goddess, and was a “lofty and beautiful” monument containing treasures made of gold, silver, emeralds, pearls, ebony and ivory.

The location of the tomb remains a mystery. In 2010, Zahi Hawass, Egypt’s former antiquities minister, conducted excavations at a site near Alexandria now called Taposiris Magna, which contains a number of tombs dating to the era when Cleopatra VII ruled Egypt. While many interesting archaeological discoveries were made, Cleopatra VII’s tomb was not among them Hawass reported in a series of news releases. Archaeologists have noted that even if Cleopatra’s tomb does survive to this day, it may be heavily plundered and unidentifiable. 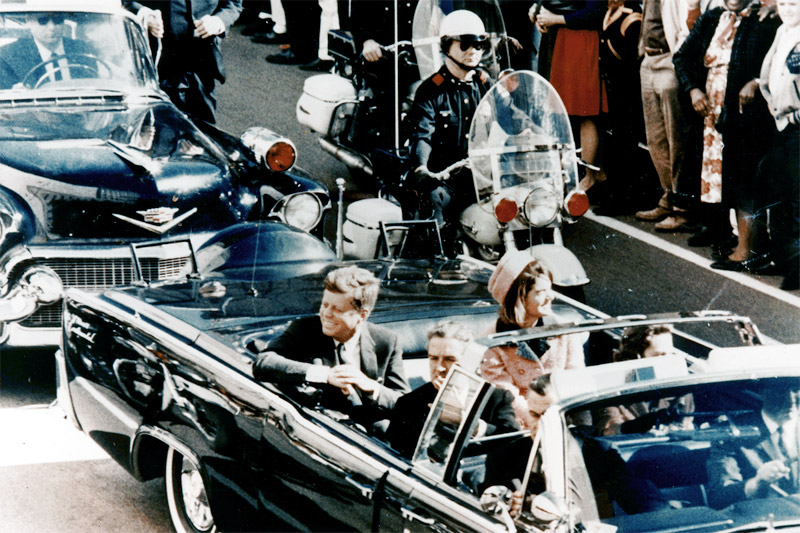 This is probably the biggest mystery in American history that will never be resolved to everyone’s satisfaction. On Nov. 22, 1963, President John F. Kennedy was shot in Dallas by Lee Harvey Oswald (although some speculate that he wasn’t the only one shooting). On Nov. 24, 1963, before Oswald could stand trial, Oswald was fatally shot by nightclub owner Jack Ruby. Ruby died of lung cancer on Jan. 3, 1967.

The most widely accepted explanation is that Oswald killed JFK on his own and Ruby killed Oswald, on his own volition. Ruby’s stated motivation was to spare Jacqueline Kennedy “the discomfiture of [Oswald] coming back to trial.” However there are still a significant number of professional historians, along with many amateurs, who do not agree with this explanation and since JFK’s death, numerous alternative explanations have been brought forward by historians and amateurs. Given that significant new evidence is unlikely to appear, a firm consensus will probably never be reached. 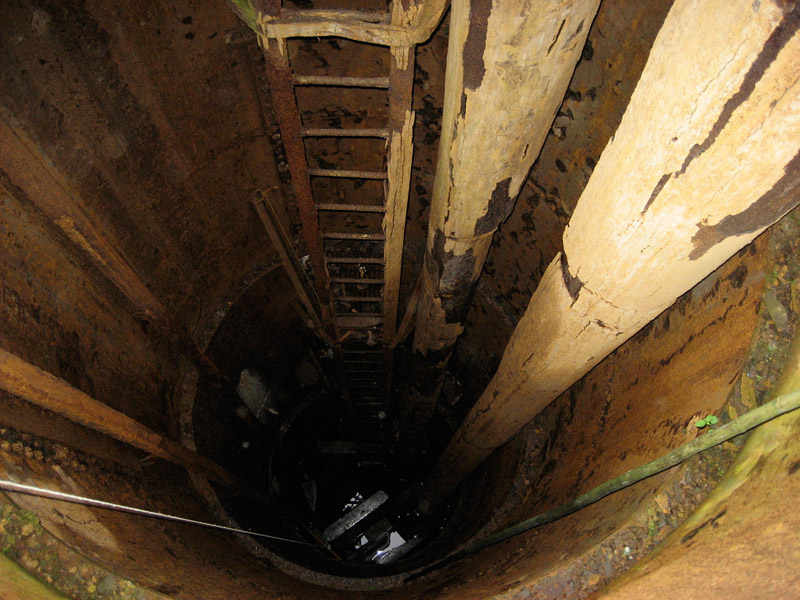 For more than two centuries, stories have circulated that Oak Island, located off Nova Scotia, Canada, held a money pit of buried treasure — supposedly left by the pirate Capt. William Kidd(1645-1701). Over that time, numerous expeditions costing millions of dollars have traveled to the island searching for the lost treasure, to no avail.

Despite centuries of searching no treasure has been found on Oak Island. Nevertheless that doesn’t stop people from trying to find it. A History Channel show called the “Curse of Oak Island” follows a modern-day expedition; the show was just renewed for a fourth season in 2016. 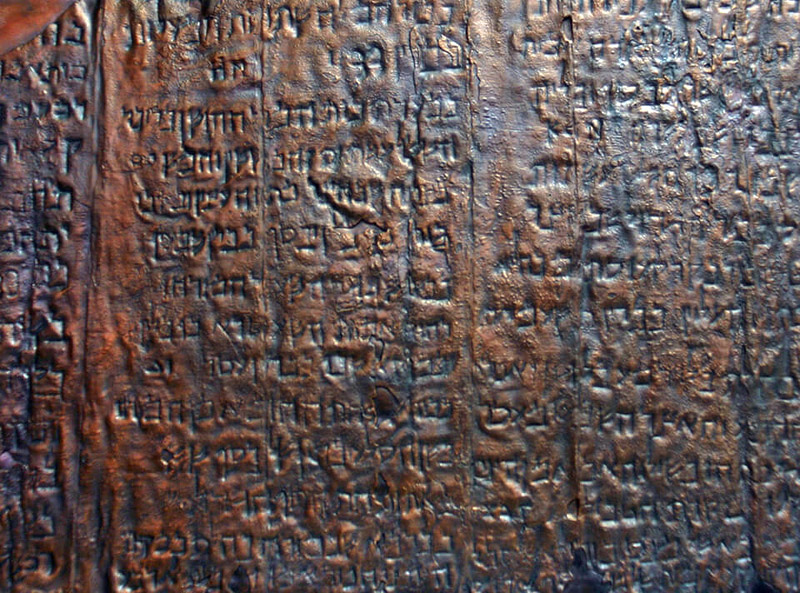 Another treasure tale that will probably never be resolved is more ancient. In 1952 a copper scroll was found by archaeologists in a cave, along with other Dead Sea Scrolls, at the site of Qumran. As its name suggests, the writing was engraved onto a copper scroll. The scroll records a vast amount of hidden gold and silver treasure — so much, in fact, that some scholars believe that it is impossible for it to exist.

The scroll dates back more than 1,900 years to a time when the Roman Empire controlled the Qumran area. There were a number of revolts against Roman rule at the time the scroll was written, and scientists have hypothesized that the treasure was hidden to prevent its capture by Roman forces. Whether the treasure is real, where exactly it was hidden, whether it was ever found and whether it could still exist today are all mysteries that will likely never be solved.

The fate of the Ark of the Covenant 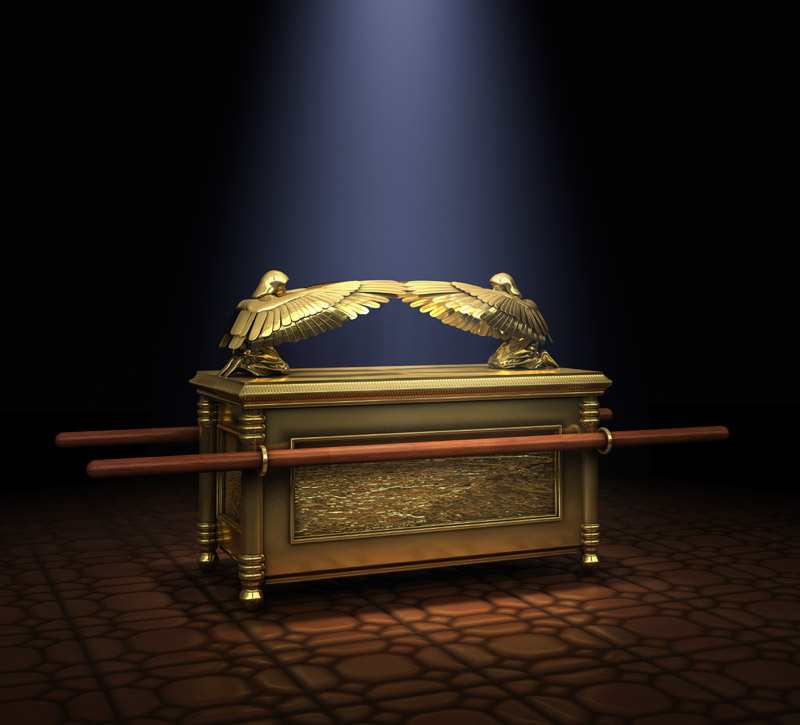 In 587 B.C., a Babylonian army, under King Nebuchadnezzar II, conquered Jerusalem, sacking the city and destroying the First Temple, a building used by the Jewish people to worship god. The First Temple contained the Ark of the Covenant, which carried tablets recording the 10 Commandments.

The fate of the Ark is unclear. Ancient sources indicate that the ark was either carried back to Babylonor hidden before the city was captured. It’s also possible that the ark was destroyed during the city’s sacking. In any event, the ark’s location is unknown. Since the disappearance, a number of stories and legends about the ark’s fate have been told. One story suggests the ark eventually made its way to Ethiopia, where it is kept today. Another story says the ark was divinely hidden and will not appear until a messiah arrives.

The Hanging Gardens of Babylon 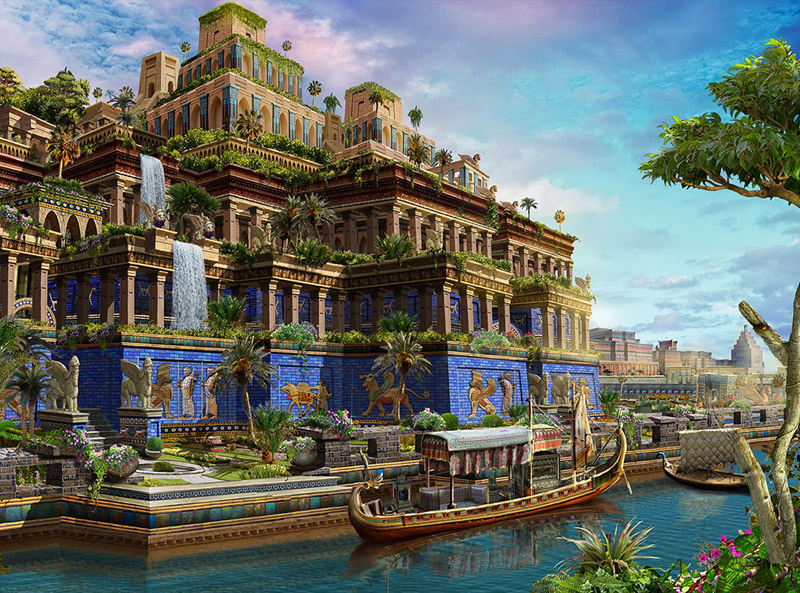 Ancient writers describe a fantastic series of gardens constructed at the ancient city of Babylonin modern-day Iraq. It’s not clear when these gardens were built, but some ancient writers were so impressed by the gardens that they called them a “wonder of the world.” Around 250 B.C., Philo of Byzantium wrote that the Hanging Gardens had “plants cultivated at a height above ground level, and the roots of the trees are embedded in an upper terrace rather than in the earth.”

So far, archaeologists who have excavated Babylon have been unable to find the remains of a garden that meets this description. This has left archaeologists with a question: Did the hanging gardens really exist? In ­2013, Stephanie Dalley, a researcher at the University of Oxford, proposed in a book that the gardens were actually located at the Assyrian city of Nineveh. Over the past two decades, both Babylon and Nineveh have suffered damage from wars and looting, and it seems unlikely that this mystery will ever be fully solved.

Was the City of Atlantis Real?

Writing in the fourth century B.C., the Greek philosopher Plato told a story of a land named Atlantisthat existed in the Atlantic Ocean and supposedly conquered much of Europe and Africa in prehistoric times. In the story, the prehistoric Athenians strike back against Atlantis in a conflict that ends with Atlantis vanishing beneath the waves.

While no serious scholar believes that this story is literally true, some have speculated that the legend could have been inspired, in part, by real events that happened in Greek history. One possibility is that the Minoan civilization(as it’s now called), which flourished on the island of Crete until about 1400 B.C., could have inspired the story of Atlantis. Although Crete is in the Mediterranean, and not the Atlantic, Minoan settlements suffered considerable damageduring the eruption of Thera, a volcano in Greece.

Additionally, archaeologists found that the Minoans were eventually overcome (or forced to join with) a group of people called the Mycenaeans, who were based on mainland Greece. It’s unlikely that this debate will ever be fully settled. 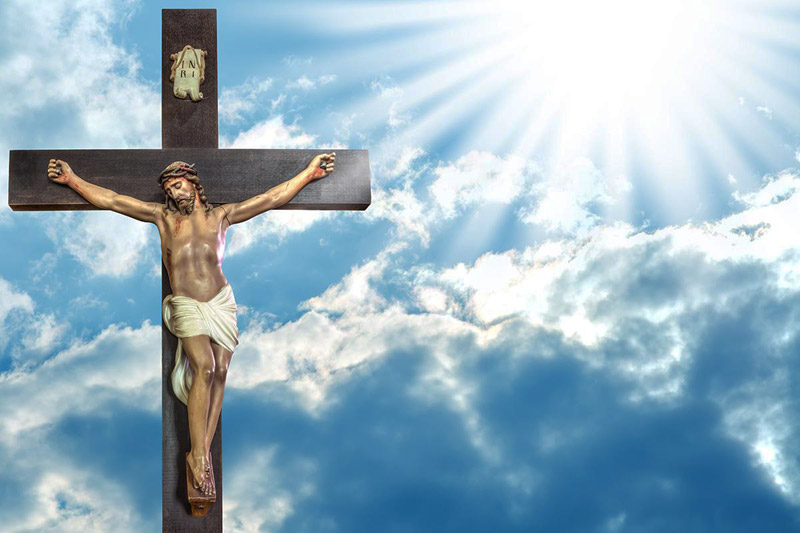 The earliest surviving gospels date to the second century, almost 100 years after the life of Jesus (although recently, it was announced that a possible first-century fragmenthad been found).

The lack of surviving first-century texts about Jesus leave biblical scholars with a number of questions. When were the gospels written? How many of the stories actually took place? What was Jesus like in real life? Archaeological investigations of Nazareth, Jesus’ hometown, reveal more about the environment where he grew up. More recently, scientists discovered a first-century housethat, centuries after Jesus’ time, was venerated as being the house that Jesus grew up in, but whether it was actually Jesus’ house is unknown.

Although new research will provide more insight, scholars think it’s unlikely they will ever fully know what Jesus was really like. 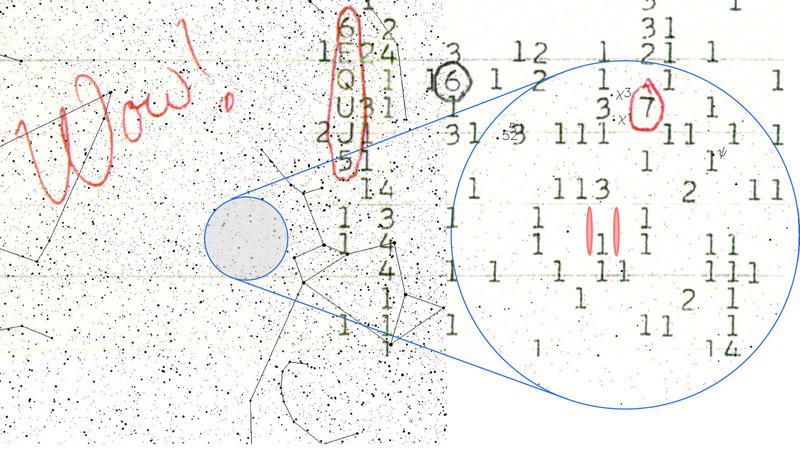 It lasted for 37 seconds, and it came from outer space — but what exactly was it?

On August 15, 1977, astronomer Jerry Ehman, working on a SETI project at Ohio Wesleyan University’s Perkins Observatory, glanced as usual at the prints generated by the radio telescope known as the “Big Ear,” but what he saw this time made him write “Wow!” on the printout. But what did he see exactly that caused such a reaction? According to him, it was the strongest, clearest, and most significant signal ever recorded, and a unsolved mystery that astronomers have been debating for decades.

That was thirty-six years ago, and still no one knows what caused the signal or where it came from exactly. The scientific world is unable to provide a clear explanation, strengthening the myth surrounding this case. Even skeptics now wonder if the signal could have been the first human contact with extraterrestrial life. 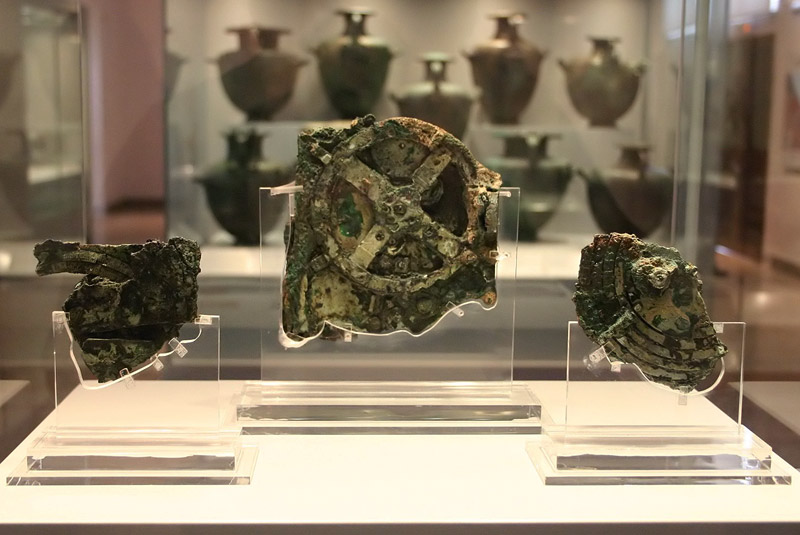 The Antikythera mechanism is an incredibly intricate analogue computer found in a shipwreck near Greece in the year 1900. The device was used to determine the positions of celestial bodies using a mind-bogglingly complex series of bronze gears.

The device in and of itself would already be impressive, but the unbelievable part of the mechanism? It was created 100 years before the birth of Christ, and more than 1,000 years before anything even approaching its level of technological complexity and workmanship would be discovered again.

The device also came long before our modern understanding of astronomy and physics. The Antikythera mechanism was built over 1,600 years before Galileo was born, and over 1,700 years before Isaac Newton was born.

Now, the rational explanation is that the device used working theories on the movements of celestial bodies established at the time, and some remarkably brilliant craftsmen. But if you were looking for a jumping-off point for your new time-travel novel or alien sci-fi epic, this one should hit you like a 10-tonne brick. Because for all the explanations we can offer, the Antikythera mechanism raises even more questions.

Largest Image of Space Ever 3 years ago