Women and Hair Loss – 8 Reasons Why Hair is Falling Out 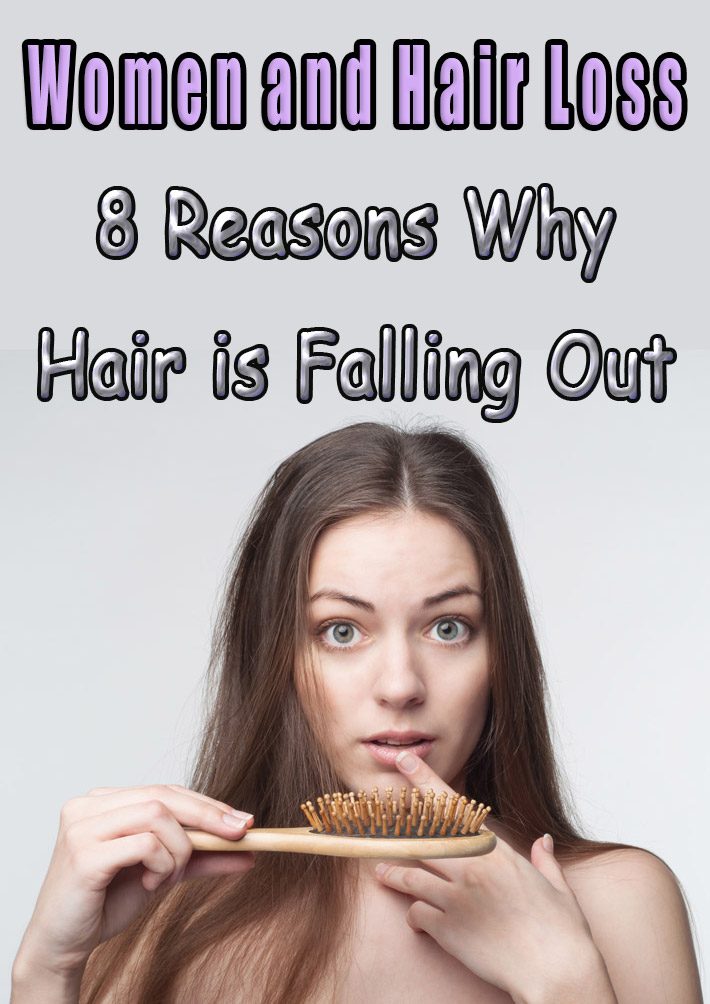 In biblical times, a woman’s hair was considered her crowning glory. And today, though the era has certainly changed, we spend billions collectively to ensure that our coifs are cut and curled to perfection. It can be devastating, then, for a woman to lose her hair, and while we may associate hair loss to aging women or chemotherapy patients, those instances don’t account for every case.

Hair loss can strike all women from all ethnicities and age groups. So if you’ve been noticing a few too many strands in your hairbrush lately, check this list of eight possible causes that may totally surprise you.

We all know that the process of having a baby can be pretty tough on a woman’s body, but growing that cute little fetus can also wreak havoc on your hair. “When a woman is pregnant, the body focuses primarily on nurturing the fetus,” says Dr. Tamim Hamid, founder and inventor of Theradome, the only FDA-approved, over the counter hair rejuvenation helmet. “The demand for blood supply and nutrients can create challenges to the body’s limited resources. Hair is not necessary for survival so it’s often a victim of the process.”

You may be jealous of your co-worker who can eat a 5-pound bag of M&Ms daily and never gain an ounce, but her uber-fast metabolism may actually mean trouble for her follicles. “An overactive thyroid gland results in too much production of the hormone thyroxine and can accelerate your body’s metabolism significantly, Hamid explains. “An overly fast metabolism consumes nutrients at a rapid rate, placing stress on the body. Since hair isn’t critical to survival, it is often robbed of the nutrients it needs to maintain healthy growth.”

Conversely, adds Hamid, an under-active thyroid can also put stress on the body, as nutrient overload and a lethargic lifestyle can impair hair growth. So you thought only men suffered receding hairlines at the expense of some evil, hair-destroying gene? Think again. “Women are often genetically pre-disposed to female-pattern baldness, and once established it is incredibly difficult to break,” says Lucinda Ellery, a hair restoration specialist. “It typically remains in the crown area but can spread to the hair above the ears. The visibility depends on the structure of the hair, thick or fine.”

As if news of this genetic torture weren’t bad enough, Ellery also adds that female-pattern baldness is no longer exclusive to older women. “We live in a toxic world and have far more stresses and strains on women than in the past, such as work and family responsibilities,” she says.

Ever heard a woman say she was dealing with something so overwhelming that she wanted to pull her hair out? Well, some women aren’t kidding. “Trichotillomania (TTM) can start with simply pulling out an eyelash, then migrating to eyebrows and eventually the scalp or any part of the body,” Ellery explains. “The pulling sensation is often accompanied by a rush of pleasure, peace and harmony and is often a prelude to a trance-like meditative state.”

According to Ellery, TTM is often triggered in childhood and can be caused by a variety of stressors, from the death of a parent to losing a goldfish. Typically, people are unaware of their actions, but as time passes and a habit forms, they are no longer unable to resist the pulling. A behavioral analysis and psychotherapy are usually the best treatment.

As it turns out, all those greasy French fries and pints of ice cream you’ve been gorging on are impacting more than your dress size. Sally Pansing Kravich, a holistic nutritionist and author of Vibrant Living, says that diet and nutrient intake has a significant role on hair growth – of lack thereof.

Kravich’s “do not eat” list includes foods containing artificial color and dyes, artificial sweeteners and any preservatives; most packaged foods; and sodas. Meanwhile, she urges clients to load up on healthy fats, probiotics, whole grains and lots of fresh veggies. Supplements are recommended only in the case of an inadequate diet.

“I’ve had male and female clients who were losing their hair – with various health conditions, stress factors and diets,” says Kravich. “All improved their hair either fully or partially by following these suggestions.” “Wearing your hair in the same type of style or ponytail repeatedly can lead to traction alopecia, which is hair loss caused by a pulling effect,” explains Ellery. This problem is often common with African American women who wear their hair in braids, or others with hair extensions. And while the urge may be to remedy the problem by discontinuing any handling of the hair, that actually has an opposite effect.

“Often women stop to washing and/or combing or brushing their hair when they notice it getting finer, but that worsens the problem as hair needs to be clean and aerated to grow healthily,” Ellery adds.

Recovering from something as serious as a car accident or death in the family is difficult enough emotionally, throw in the fact that it may also cause your hair to fall out and things get especially worrisome. Telegenic effluvium is the medical term for hair loss due to trauma or shock, and it can be triggered by anything from a heart attack or other major illness, to the simple birth of a baby.

“With this condition, more hairs are found on the shower floor or on the person’s shoulders,” says Dr. Fayne Frey, MD, a board-certified dermatologist. “As hairs ‘fall asleep,’ they fall out, causing a diffuse, temporary thinning of scalp hair. The process commonly occurs two to three months after the trauma.”

Officially, an autoimmune disease is any illness that develops when your immune system recognizes healthy cells as foreign invaders and begins to attack them. It is estimated that up to 50 million Americans suffer from some type of autoimmune disease – including celiac disease and psoriasis – and many can lead to hair loss.

“Several processes fall under autoimmune hair loss,” says Frey. “Alopecia areas causes a patchy balding of the scalp hairs. There is no particular blood test, but thyroid dysfunction can be associated with it. Total hair loss of the scalp is called alopecia totalis, and total loss of body hair due to the same process is called alopecia universalis. There is no way to tell which form a person will develop but, fortunately, the latter two forms are fairly uncommon.

“Lupus is another autoimmune disease which may cause hair thinning. A scarring form called discoid lupus causes a patchy scarring and often permanent, inflammatory hair loss. Although there is a blood test for systemic lupus (ANA), this test may be negative in individuals with discoid lupus.” 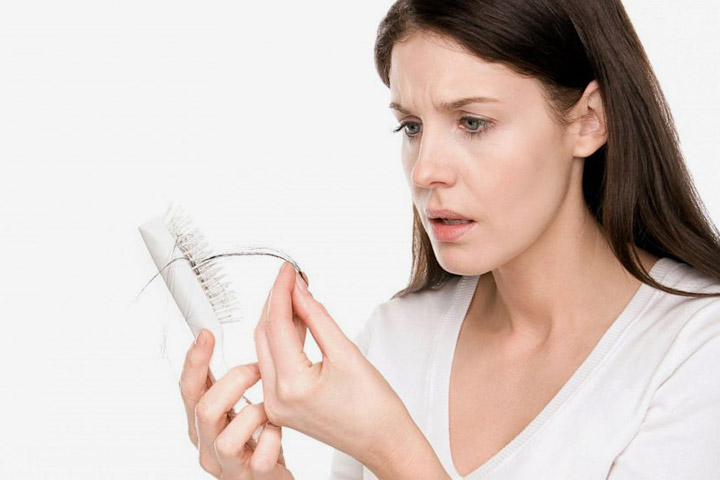 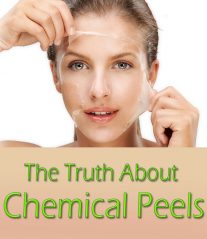 The Truth About Chemical Peels 4 years ago 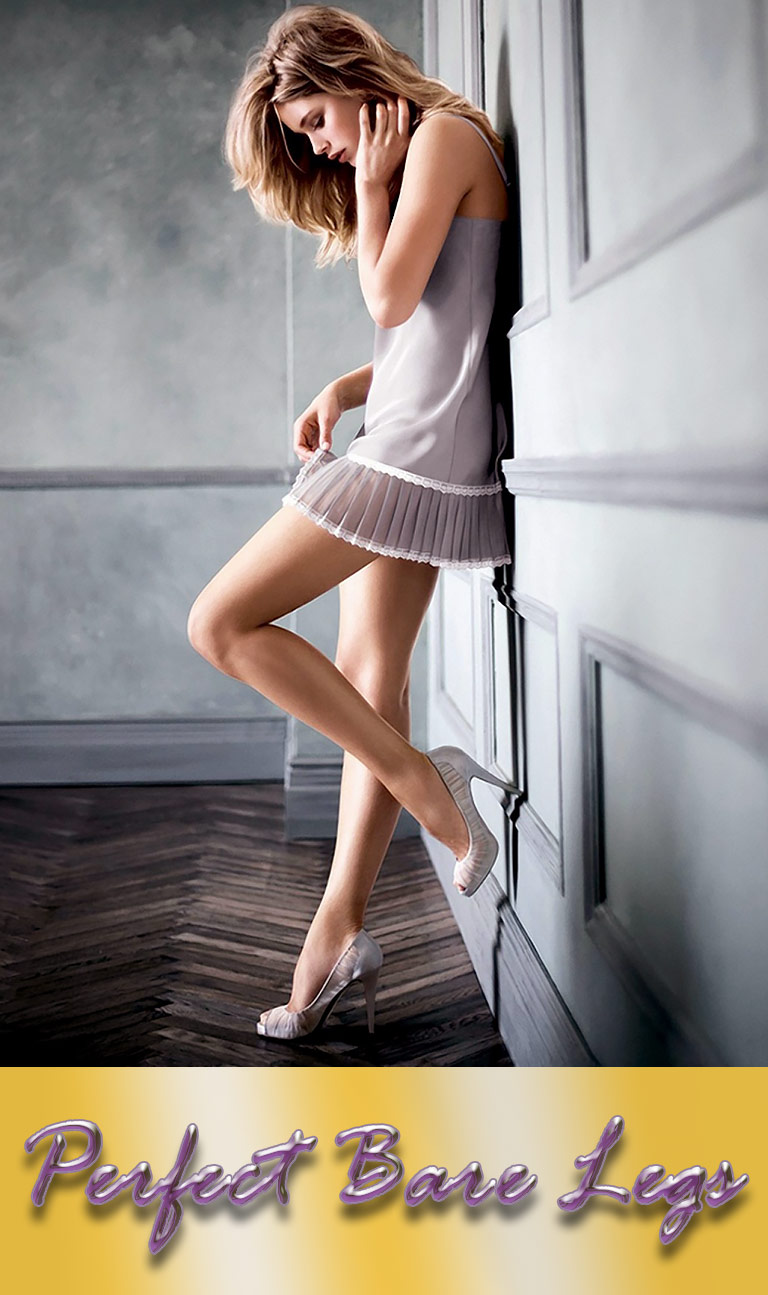 4 DIY Herbal Hair Rinses 6 years ago
← 10 Reasons Why Fall is Better Than Summer
Caution – 9 Beauty Habits That Give You Wrinkles! →