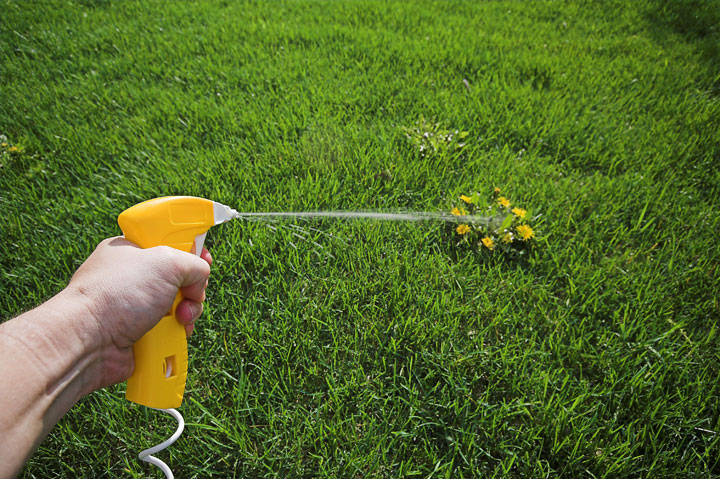 A few years ago, several people told me they were able to control their weeds by spraying them with inexpensive kitchen vinegar. I decided to try it and wound up wasting several gallons without seeing the slightest effect on the weeds in my driveway. This prompted me to do some research, and I discovered some data from the USDA which showed that regular kitchen vinegar containing 5 percent acetic acid won’t control weeds, but vinegar concentrates of 20 percent acetic acid are, in fact, very effective herbicides.

Vinegar concentrates are applied in two ways: They are either sprayed directly on the plant (as a contact herbicide) or they are applied to the soil (as a soil drench). Spraying the product directly on plants strips off the waxy, protective coating on the foliage, making the plants vulnerable to desiccation. Typically, the plant will dry out all the way to the root.

Vinegar concentrates that are sprayed onto the soil, on the other hand, work by lowering the soil pH to a level where the plants can’t survive. This acidifying effect lasts from several months to a year, depending on the soil type and the weather. Once the soil pH is lowered, taproots will eventually starve, but before dying they will often have one last flush of growth from nutrients stored in the roots. Once the weeds are dead, which may take up to six months for some woody weeds, the soil pH will need to be brought back to a neutral level. To do this, add some lime at the rate of 5 pounds per 100 square feet and add a 3- to 4-inch blanket of compost to restore microorganisms. Some soil organisms will have been killed by the application of vinegar to the soil, but as long as the treated area is small, these critters will repopulate quickly from the surrounding unharmed soil when the pH is restored.


Vinegar weed-control products work best on warm, dry days when the temperature is above 65°F. Don’t use the spray directly on plants just before watering or before a rain, because it will be washed off. In this case, not only will the vinegar not kill the plant, but it may act as a fertilizer, releasing nitrogen, among other things, into the soil. Several weed control products with concentrates of lemon and orange oils are also available to home gardeners. I have used four or five of these products and found them to be effective and fast-acting. Like the vinegar-based products, they are most effective when used on dry soil on hot days. Some products combine both citrus oils and vinegar concentrates or include other ingredients, like clove oil. These products are all foliar sprays that kill most broad-leaved weeds on contact. Large, established, taprooted weeds like dandelions may need several applications of the citrus oil/vinegar blend to kill them.

Clearly, because of their high concentration and their effects on the soil, these products have significant limitations. Any products that change the soil pH are not safe for use on septic fields, near streams or ponds, on edible crops, or anywhere they may affect the roots of established trees or shrubs (which generally extend past the plant’s drip line). Also, vinegar concentrates are nonselective herbicides, meaning they will destroy anything they come in contact with, including wanted plants and soil organisms. So use caution when spraying near garden plants.

Despite these limitations, vinegar products, especially the sprays, are extremely useful for spot-killing difficult weeds, including invasive ones, in a garden bed. They are also terrific for clearing up weeds in paving cracks, such as between bricks or stones and on gravel driveways. They don’t leave any residue on concrete or stone but may leave a temporary stain on bricks. In addition, vinegar products are safer for the environment than traditional weed-control chemicals because they affect only the soil they come in contact with and don’t leach into the groundwater. Furthermore, their effect is completely reversible at any time by amending the soil.

Even botanically derived herbicides like vinegar- and citrus-based products need to be used with caution, however. Like any herbicide or pesticide, they can be harmful to people, beneficial insects, nontarget plants, and wildlife that may be accidentally exposed to direct spray. Because of the high level of concentration of the vinegar in these products, it is a good idea to wear eye protection and gloves, and to avoid exposing the skin to the spray. Be sure to wash your hands well when you are finished applying one of these sprays.

TIP: A product’s name doesn’t always reveal its contents. On the ingredients list, look for terms like eugenol (a clove and cinnamon oil compound), acetic acid (vinegar), and citric acid (from citrus plants). 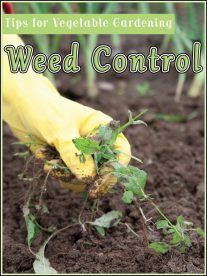