Science is powerful, but there is much it can’t explain. And when people see, hear or believe something that is not explained, science finds itself trying to prove things don’t exist, and that’s truly impossible. In this article, you’ll learn more about some of the most common inexplicable phenomena — from ghosts to supposed man-like beasts, from incredible experiences at the line between life and death to amazing but unexplained feats of the mind itself. How much of this is real? We’ll let you decide. Some residents and visitors in the small city of Taos, New Mexico, have for years been annoyed and puzzled by a mysterious and faint low-frequency hum in the desert air.

Oddly, only about 2 percent of Taos residents report hearing the sound. Some believe it is caused by unusual acoustics; others suspect mass hysteria or some secret, sinister purpose. Whether described as a whir, hum, or buzz and whether psychological, natural, or supernatural no one has yet been able to locate the sound’s origin. Thing is, a survey revealed that those who claim to hear the sounds actually hear many different sounds, suggesting the experiences may be subjective, not actually objective sounds (and pretty certainly not one particular sound). For decades, large, hairy, manlike beasts called Bigfoot have occasionally been reported by eyewitnesses across America. Despite the thousands of Bigfoot that must exist for a breeding population, not a single body has been found. Not one has been killed by a hunter, struck dead by a speeding car, or even died of natural causes. In the absence of hard evidence like teeth or bones, support comes down to eyewitness sightings and ambiguous photos and films.

Since it is logically impossible to prove a universal negative, science will never be able to prove that creatures like Bigfoot and the Loch Ness monster do not exist, and it is possible that these mysterious beasts lurk far from prying eyes. Whether we call it gut feelings, a ‘sixth sense,’ or something else, we have all experienced intuition at one time or another. Of course, gut feelings are often wrong (how many times during aircraft turbulence have you been sure your plane was going down?), but they do seem to be right much of the time.

Psychologists note that people subconsciously pick up information about the world around us, leading us to seemingly sense or know information without knowing exactly how or why we know it. But cases of intuition are difficult to prove or study, and psychology may only be part of the answer. People disappear for various reasons. Most are runaways, some succumb to accident, a few are abducted or killed, but most are eventually found. Not so with the truly mysterious disappearances. From the crew of the Marie Celeste to Jimmy Hoffa, Amelia Earhart, and Natalee Holloway, some people seem to have vanished without a trace. When missing persons are found, it is always through police work, confession, or accident never by ‘psychic detectives’). But when the evidence is lacking and leads are lost, even police and forensic science can’t always solve the crime. From the Shakespeare play “MacBeth” to the NBC show “Medium,” spirits of the dead have long made an appearance in our culture and folklore. Many people have reported seeing apparitions of both shadowy strangers and departed loved ones. Though definitive proof for the existence of ghosts remains elusive, sincere eyewitnesses continue to report seeing, photographing, and even communicating with ghosts. Ghost investigators hope to one day prove that the dead can contact the living, providing a final answer to the mystery. Deja vu is a French phrase meaning ‘already seen,’ referring to the distinct, puzzling, and mysterious feeling of having experienced a specific set of circumstances before. A woman might walk into a building, for example, in a foreign country she’d never visited, and sense that the setting is eerily and intimately familiar.

Some attribute deja vu to psychic experiences or unbidden glimpses of previous lives. As with intuition, research into ,human psychology can offer more naturalistic explanations, but ultimately the cause and nature of the phenomenon itself remains a mystery.

There is no doubt that UFOs (Unidentified Flying Objects) exist — many people see things in the skies that they cannot identify, ranging from aircraft to meteors. Whether or not any of those objects and lights are alien spacecraft is another matter entirely; given the fantastic distances and effort involved in just getting to Earth from across the universe, such a scenario seems unlikely.

Still, while careful investigation has revealed known causes for most sighting reports, some UFO incidents will always remain unexplained.

Near-Death Experiences and Life After Death People who were once near death have sometimes reported various mystical experiences (such as going into a tunnel and emerging in a light, being reunited with loved ones, a sense of peace, etc.) that may suggest an existence beyond the grave. While such experiences are profound, no one has returned with proof or verifiable information from “beyond the grave.”

Skeptics suggest that the experiences are explainable as natural and predictable hallucinations of a traumatized brain. A study of people in cardiac arrest in 2015 found that when the heart is dying, it gets peppered by signals from the brain, which tries to stay active. The scramble of signals might be responsible for near-death experiences, researchers figure. Psychic powers and extra-sensory perception (ESP) rank among the top ten unexplained phenomena if for no other reason than that belief in them is so widespread. Many people believe that intuition is a form of psychic power, a way of accessing arcane or special knowledge about the world or the future. Researchers have tested people who claim to have psychic powers, though the results under controlled scientific conditions have so far been negative or ambiguous. Some have argued that psychic powers cannot be tested, or for some reason diminish in the presence of skeptics or scientists. If this is true, science will never be able to prove or disprove the existence of psychic powers. Medical science is only beginning to understand the ways in which the mind influences the body. The placebo effect, for example, demonstrates that people can at times cause a relief in medical symptoms or suffering by believing the cures to be effective — whether they actually are or not. Using processes only poorly understood, the body’s ability to heal itself is far more amazing than anything modern medicine could create. So while there are many unexplained phenomena, and frankly some of them are dubious, the explainable science of the body and mind, even if we’re still trying to figure much of it out, may be among the most amazing phenomena of all. 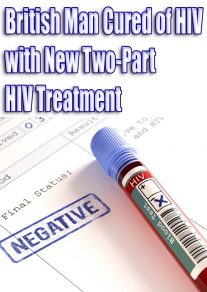 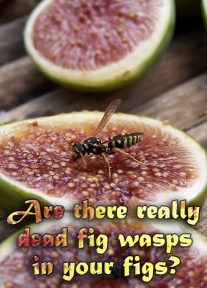