The Power of Nature – 7 Epic Displays Of Lightning

With the magic of photography, what was once condensed to a mere fraction of a moment can now be frozen in time. The short instance a lighting bolt has for a life span, can now be witnessed in all it’s Epic Glory. Here are 7 EPIC displays of Lightning:

On a Sunday In Iceland, Volcano Eyjafjallajökull burst through her ice caps and provided a light show for villagers down below of burning red magma and crackling white lightning as clouds of black ash covered the night sky. Photographer Sigurdur Hrafn Stefnisso took the time to snap some photos before getting to safety.

But how does this happen?

This kind of phenomena happens when a volcanic cloud and its convection current are carried up into higher than normal parts of the atmosphere, creating static with the surface of the planet (hence, the lightning). It’s what scientist call a “Dirty Thunderstorm.” Lady Liberty in all her oxidized beauty can sure conduct an orchestra!

Booming drums can be heard from her island podium, a symphony plays as the sound of light and atmosphere strike her flame as if to say, this is the start of the first measure. Each note vibrates down her copper curves ringing out like freedom. She woos bolts of music towards her fingertips, and as the night band plays her out, photographer Jay Fine captures the moment. Well, go get your overhead lifters, four barrel quads, and burn down the quarter mile to watch Greece Lightning!… Storms that is. This composite of over 70 different shots by Chris Kotsiopoulos shows the immensity of such an encompassing lighting storm as this, as it passes over the Greek island of Ikaria.

You could only ponder on what the ancient Greeks use to think when they would witness sights like this. The Canyon dances with each bolt back and forward, as they lock in an embrace. only for mere moments does the heat build up between the two of them before she releases her grasp and lightning retreats, only to begin their Waltz again.

The great French city of Love got a shocking surprise one day when Lightning wrapped its arms around The Eiffel Tower.

As the tower protrudes its glory out into the night sky, high above the rest of Paris, her stunning beauty is the first eye lightning catches a glimpse of as he makes his way down to the earth. Photographer Bertrand Kulik catches the lovers exchange as the fleeting embrace fades and both their live continue on. On a rainy night in San Francisco, California photographer Phil McGrew, took an amazing snap shot through his rain-soaked window of the apartment building he lives in. The veins just seem to dance across the bridge, making it’s nightly commute along with the rest of the city. Although it looks like a scene from a movie, this apocalyptic vision of what most mortals would only recognize as the end of days, is a real photo captured by Francisco Negroni in Puyehue, Chile.

After a foreboding series of earthquakes the Puyehue volcano finally erupted, causing the 3,500 residents in the area to be evacuated out of area and away from Satan’s hell hole in the sky. Thunder and fire crescendo down for an entire weekend, as demons shaded in the black ash and lightning descended upon the earth causing chaos in the abandoned cities below.

We added one more, this photo is our favorite 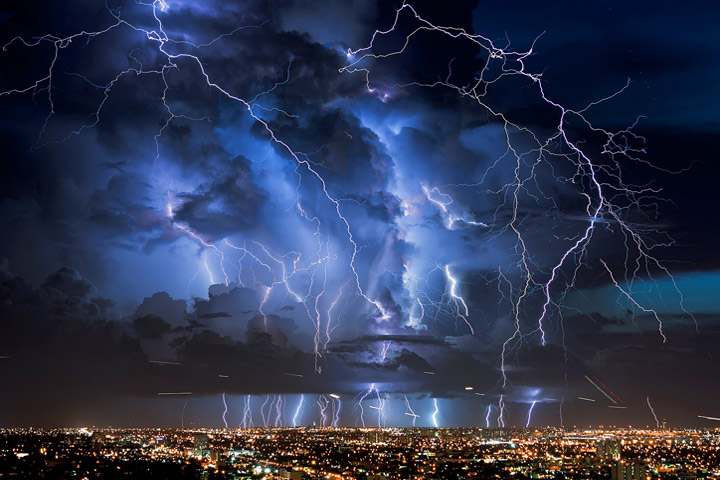 Smartphone Security: Are You Being Tracked? 3 years ago