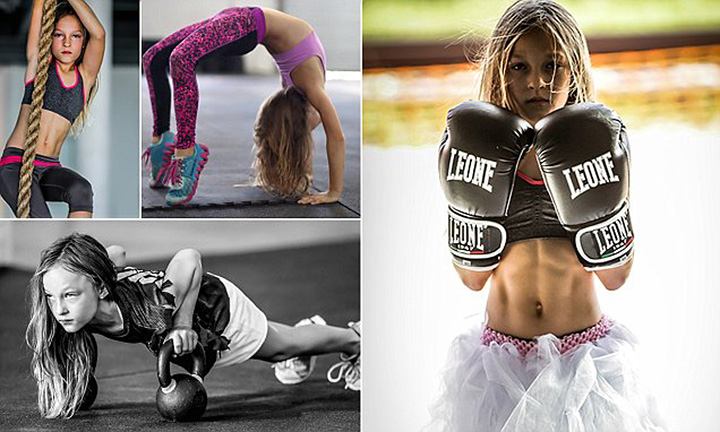 A 9 year old girl, Milla Bizzotto, who developed a love of fitness as a means to cope with bullying has become the youngest competitor to complete a 24-hour obstacle course designed by the U.S. Navy. A new obstacle course race called the BattleFrog Xtreme 24-hour race, or BFX24. This race was designed by Ryan Atkins, a previous winner of the Tough Mudder obstacle race and also a fan of 24-hour running.

This isn’t Bizzotto’s first race, either; she has previously done one of the original Battlefrog races, the 15k race which included 50 obstacles and was “designed by Navy SEALs and SeaBees” according to Mud Run Guide. In an interview with them, Bizzotto described the 15k race as “easy“.

Bizzotto, who was the only competitor under 18 in the March 4 race, wanted to set an example for the kids who bullied her and trained five days per week for three hours per day with her father, who owns a gym. “People would call me names and say I wasn’t a good player,”

Bizzotto, who lives in Miami, told the Miami Herald. “I didn’t want anyone else to go through what I did. I want to set an example and show other kids that they can do or be anything they want.” In addition to showing up her bullies, Bizzotto said she also wants to inspire others in her generation to eat healthy and go outside to play.