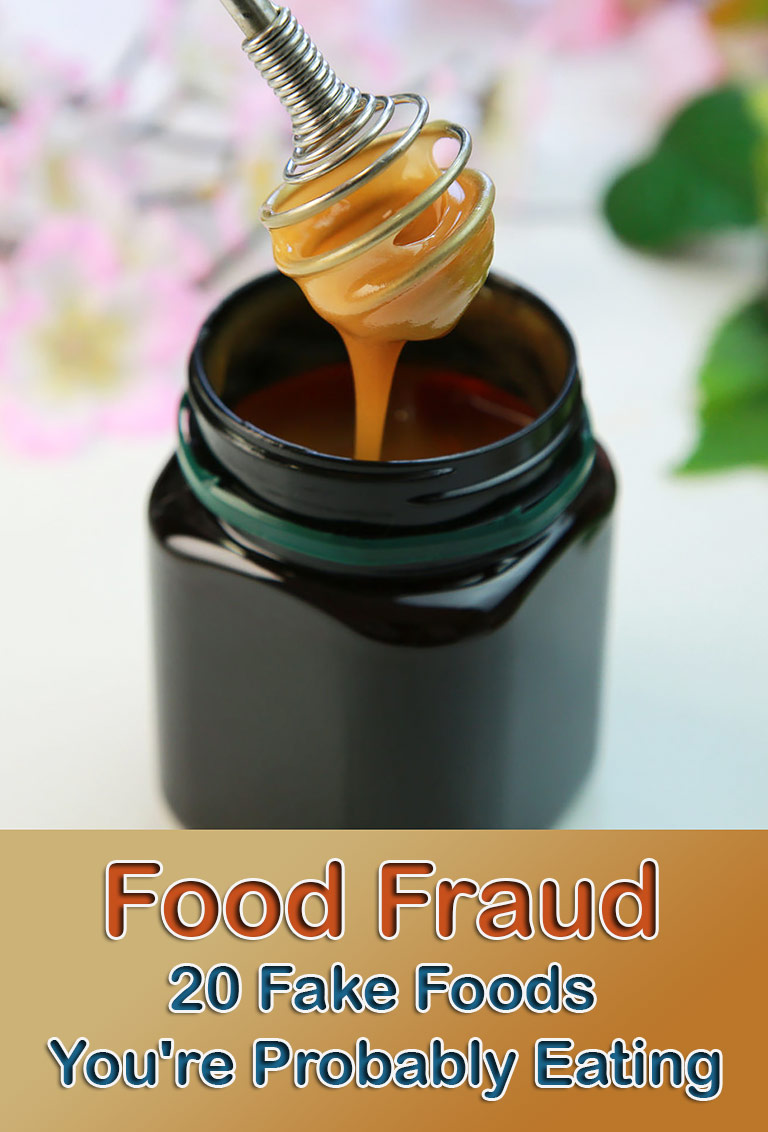 So many foods we buy and consume aren’t what they claim to be – a practice known as food fraud. Any sort of intentional substitution, addition, tampering, or misrepresentation of a food, its ingredients, or its packaging can be considered fraud.

While some of these deceptive items are relatively rare, other imitation and imposter products are all around us. Keep reading to discover 20 of the most fraudulent foods you may be buying!

This Mediterranean favorite is high in good fats and antioxidants, and brings a number of health benefits.

However, chances are the olive oil you buy isn’t true to its label. It has been reported by Forbes that 80% of the Italian olive oil on the market is fraudulent. In most cases you’re getting a lesser quality than what’s labeled – regular oil instead of extra virgin for example.


At worst, it’s a vegetable oil such as corn or sunflower cleverly disguised with artificial coloring and aroma!

According to a 2014 Congressional Research Service report, milk and dairy products are among the top foods associated with food fraud.

For example, some cow milk has been found to have the milk of other animals added to it, and in certain cases it has been adulterated with reconstituted milk powder, starch, lard, urea, oil, sugar, salt, and skim milk powder. This sweetened dairy product is often sold as a great post-workout recovery drink. But it may be better to make your own rather than pick one off the shelves.

If you take a second glance at the label of some of these ‘milks’, you’ll see they are called ‘chocolate drinks’ – precisely as they aren’t made from milk. They do, however, provide plenty of high fructose corn syrup, artificial flavors, corn syrup solids, palm oil, salt, soy lecithin, and some dry milk powders and milk proteins.

A comforting and healing drink, green tea always seems like a healthy option, right? But it really depends on your source.

If you make your green tea from tea leaves and water then it’s a fantastic option, but if you find it pre-prepared on the shelves of the grocery store, it’s probably not a good idea.

Some brands contain 10 ingredients, 21g sugar (almost as much as a soda), flavors, caramel coloring, and plenty of extracts, including a green tea extract.

This caffeinated drink is another vulnerable item when it comes to food fraud. Ground coffee can be cut with leaves, twigs, roasted corn, ground roasted barley, and even roasted ground parchment.

Clearly, buying whole beans and grinding them at home may be the best option. As one of the world’s most expensive spices – more expensive than gold in fact – saffron is a rare treat for most. Don’t be tempted by cut-price saffron though! It has likely been mixed with glycerin, sandalwood, food dyes, or barium sulfate.

The New York Times reports that most are concocted from a mixture of olive oil and several aromatic compounds such as 2,4-dithiapentane, which have been created in a laboratory.

Boxed, mashed potatoes are far from their healthy, whole-food cousins. While their first ingredient may be dehydrated potato flakes, the list doesn’t end there. The best peanut butters, which you’ll find in health food stores, contain just one or two ingredients – peanuts, and perhaps a pinch of salt. Unfortunately, the majority of supermarket brands contain a lot more than that – making them far from peanut butter in the traditional sense.

Sweet, sour and refreshing all at once, lemonade typically includes fresh lemon juice, sugar and water.

Some lemonade brands, though, give you a little more than you bargained thanks to a barrage of additives. And others don’t even contain lemons!

Berries are loaded with antioxidants and other nutrients – but they’re expensive to buy, which is why they are so often faked in foods.

While words and images may lead you to believe real berries were used, a whole host of cereals, pancake mixes, waffles, breads, muffins and more actually don’t contain any of these fruits! Real maple syrup is a delicious alternative to refined sugar – but just make sure you are buying a good quality syrup that has been harvested from a maple tree and graded based on color.

If your syrup is labeled ‘maple flavored’ or ‘pancake syrup’, it’s not the real deal. This cheaper alternative is made from high-fructose corn syrup blended with a variety of chemical colors and artificial flavors.

Some brands also contain diacetyl, a chemical which in large doses is linked to Alzheimer’s disease; and even gluten, which is a concern for Celiacs and the gluten intolerant. Fake cheese is everywhere! It comes as slices, sauces, sprays, shreds and more. Along with oils, cultures and protein concentrates, these cheese analogues are made with a whole list of unnecessary ingredients including sodium phosphate, calcium phosphate, lactic acid, sodium alginate, autolyzed yeast extract, sorbic acid, and artificial colors.

In the UK, 19 out of 20 take-out restaurants were found to serve pizzas containing fake cheese, while Dutch news reports claim that up to 40% of cheese on their shelves is actually imitation.

They’re not the healthiest choice when it comes to rehydrating, thanks to their high sugar, low fiber combination. But some fruit juices may be worse than we thought.

Tests carried out by Food Safety News found that most products labeled ‘honey’ on the shelves of US supermarkets weren’t actually honey, because the presence of pollen is necessary in order to label a product as honey.

These tests showed that pollen was missing in 100% of honey samples from drugstores and fast food outlets, and in over 75% of grocery store samples.

Pollen is only filtered out to hide the source of the honey, which is almost always China – a country which loads its poor quality honey with high-fructose corn syrup, sweeteners, chemicals, and antibiotics.

Be vigilant when it comes to Manuka honey too! Only 2,000 to 3,000 tons of genuine Manuka honey is made every year, yet three times that much is allegedly sold around the world. This sweet and sticky treat may look and taste somewhat like caramel, but it’s far from it.

Caramel syrup of this nature is manufactured from high fructose corn syrup and given its color by heating ammonia and sulfites to form compounds which are known carcinogens. Tests have shown that high doses of these compounds cause tumors on the liver, lungs, and thyroid of rats and mice.

Save money and gain peace of mind by making your own one-ingredient version. A popular sushi choice, the California roll actually contains no crab meat at all. The FDA has regulated it must be referred to as ‘imitation crab’ because it’s made from surimi, a blend of various ground fish – the ‘hot-dog of the sea’ as some have dubbed it.

Crab isn’t the only mislabeled fish you’ll come across. In a two-year analysis by Oceana, it was discovered that one in every three of the 1,215 fish samples tested were incorrectly labeled according to FDA guidelines. 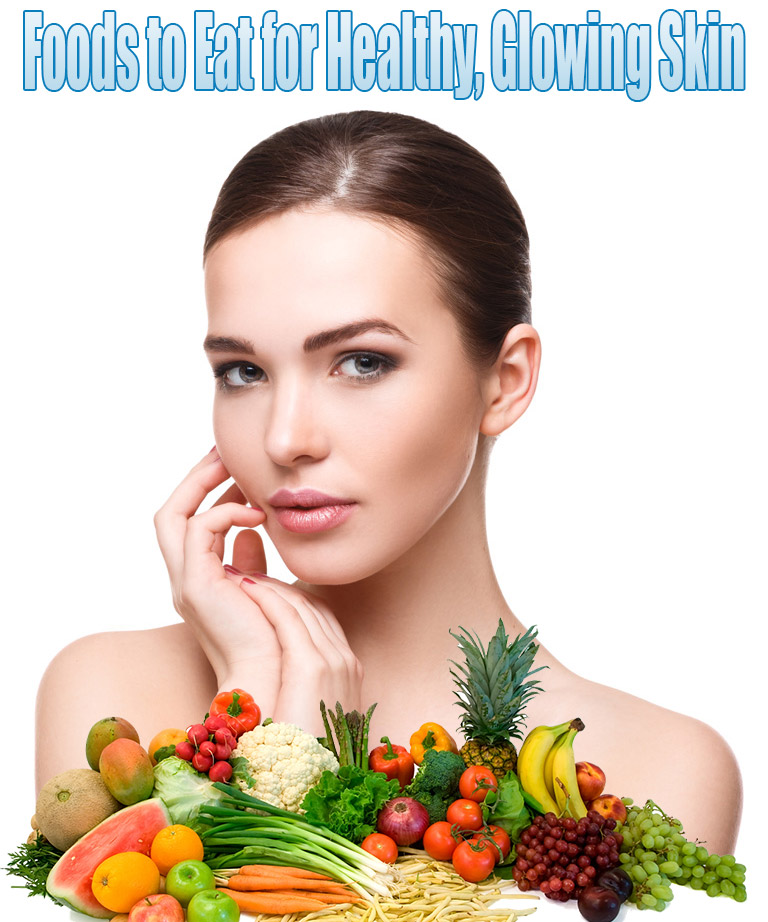 Foods to Eat for Healthy, Glowing Skin 4 years ago 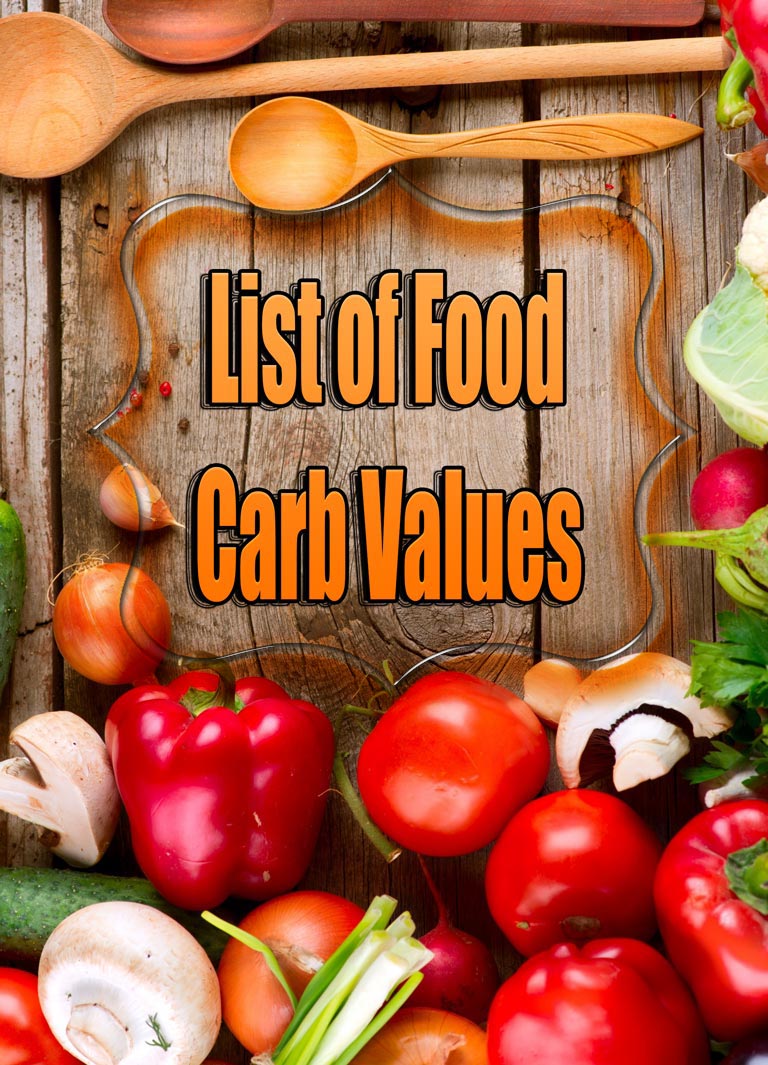 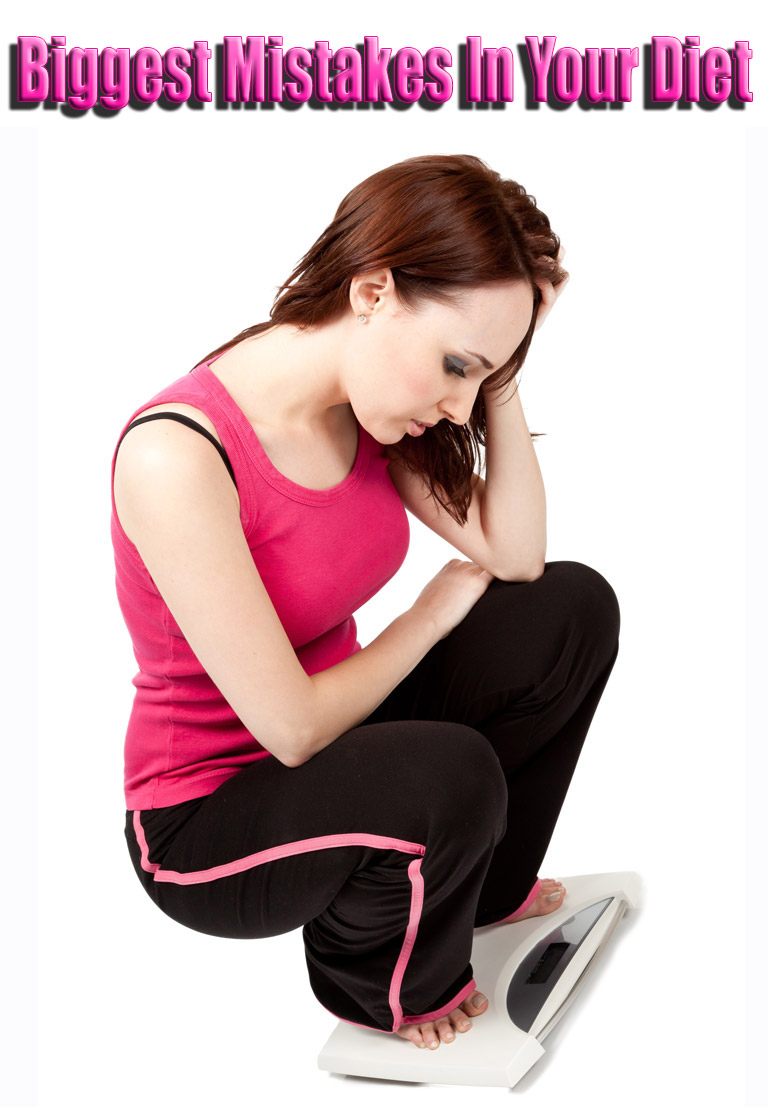