Bending the Truth – The Truth About Lying 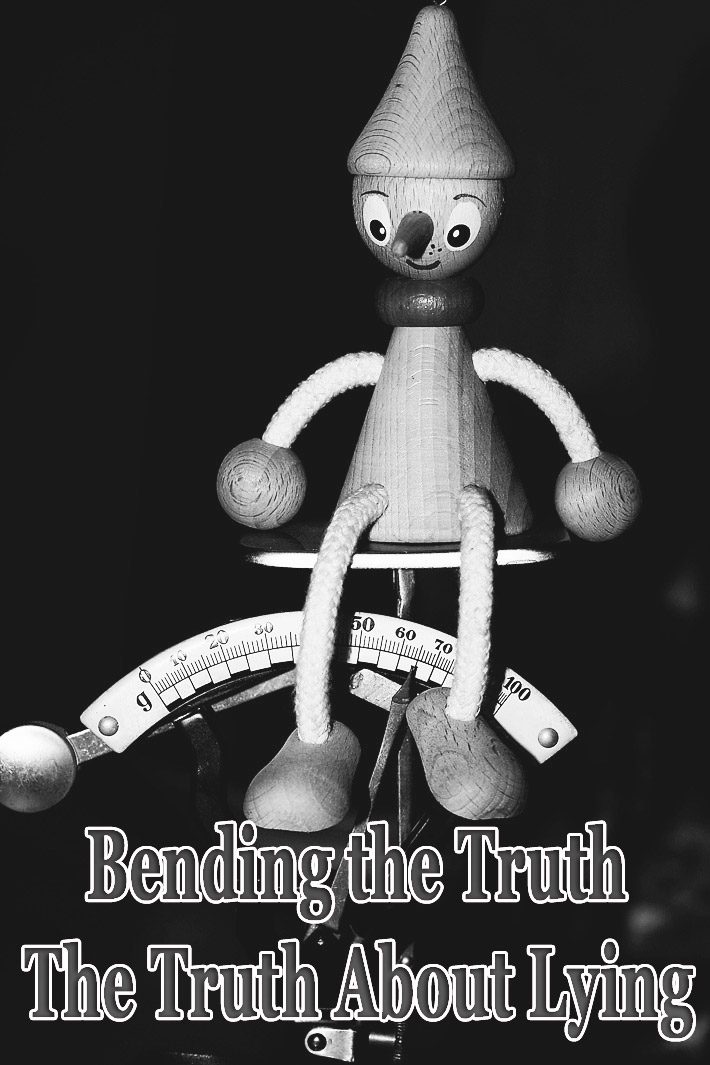 Lying is a fact of life in business, politics, the workplace, you name it. Just flip on the news and you’ll get the day’s distressing panoply of political untruths, corporate deceptions and celebrity betrayals.

Before you congratulate yourself on not being such a scoundrel, consider this. Lying isn’t something just a few dishonest people do. We all lie (that is, deliberately mislead others). In fact, we lie in about 25 percent of our interactions, according to Boise State University psychology professor Charles Honts.

Granted, some of us are better at it than others. And we differ in the size and impact of our lies, which can range from the little “white” kind to monstrous “liar, liar, pants on fire” falsehoods. But no one is immune from telling (or being told) an occasional tall tale. Just what does science say about fibbing, and how can we better detect it?

Why we do it People lie for a multitude of reasons. Small deceptions may help keep peace at home. (“That dress makes you look thin.”) Or they can encourage a child’s growing artistic ability. (“What a beautiful painting!”)

Other untruths are designed to boost our self-esteem or keep it intact. For instance, some people bend the truth because they want to seem more desirable or cool (like listing a six-figure income on your dating profile when you actually make half that).

Lying may also help curry favor with higher-ups (telling your boss her idea is brilliant when you actually hate it). Sometimes, lying lets people get away with actions that are illegal, frowned upon or destructive (telling your spouse you’re working late when you’re really having an affair).

Then there are those rare individuals who tell the history-transforming whoppers that lead to the murder of millions or the downfall of global economies (consider Hitler or the sweeping, runaway bank fraud that caused the 2008 financial crisis).

Research suggests some liars are more prolific than others, but scientists still aren’t sure whether pathological lying is a true pathology. The American Psychiatric Association’s Diagnostic and Statistical Manual (DSM) doesn’t include it as a stand-alone disorder, but does list it as a symptom in other mental illnesses, such as antisocial personality disorder.

Even so, research points to some common personality traits shared by frequent liars. As University of California, Santa Barbara psychology researcher Bella DePaulo sums it up in a chapter she contributed to the book “The Social Psychology of Good and Evil”:

People who tell many lies are in fact more manipulative and irresponsible than people who tell few lies. They also care deeply about what other people think of them, and they are more extraverted. Estimates suggest we hear between 10 and 200 lies a day. Maybe noses aren’t growing before our eyes, but with so much lying going on, you’d think we’d be pretty good at seeing through the daily deceptions.

Oddly, we’re not. According to a 2006 analysis of several studies on lying published in “Personality and Social Psychology Review,” people who aren’t trained to detect lies (that includes most of us) are only able to discriminate between true and false statements 54 percent of the time. That’s about as much B.S. detection as you’d get if you left things up to chance. Interestingly, groups are somewhat better at uncovering deceit than individuals, according to a University of Chicago Booth School of Business study.

Science has tried to track lying-related bodily changes and other physical giveaways. One of the earliest technological fib-finders was the lie detector device, or polygraph, which measures changes in a subject’s nervous system (heart rate, breathing, blood pressure and perspiration) in response to a series of probing questions. But its ability to consistently pinpoint liars is debatable. Plenty of fabricators can fool the device, plus there’s a high rate of false positives where innocent people come off as guilty. That’s why polygraph results remain inadmissible in many courts.

By the way, an early version of today’s polygraph was invented in the 1920s by psychologist William Moulton Marston, who ironically lived a secret, lie-worthy life himself, sharing a home with his wife and mistress and the children he fathered with both. He also created the character Wonder Woman, an Amazon superheroine who forced people to admit the truth with her magic lasso.

Newer lie-detecting technologies include thermal imaging, which monitors body temperature changes. Incidentally, this method shows that noses don’t grow longer when people lie (a la Pinocchio), but they do grow warmer. Scientists also use MRIs to decode increased brain activity linked to lying, as well as specialized eye trackers that measure changes to liars’ eyes, such as pupil dilation. Machines aren’t the only way to catch a liar. Most prevaricators present some easy-to-spot red flags once you know what to look and listen for.

Turns out the reason we only recognize liars about 50 percent of the time is because we falsely assume we know the visible signs — for example, fidgeting, fast blinking and avoiding eye contact. But most liars actually do the opposite. They often sit unnaturally still, slow down their blink rate and level an abnormally direct gaze, all in an effort to look like truth-tellers. Also debunked is the notion that liars look to the right more when speaking.

Fortunately, we can all learn to spot a liar with some practice.

First, fibbers don’t just try to look more honest, they may also verbally jimmy their lies to sound more truthful. For example, they might give too much detail in irrelevant places using convoluted or formal language. They may resort to qualifying statements (“In all honesty…”). They may distance themselves from others involved. (Remember when Bill Clinton famously called Monica Lewinsky “that woman”?)

Other body language giveaways: Liars often point their feet toward an exit, put barrier objects between themselves and the person interviewing them and lower their vocal tone. Or they may flash a smug grin at the thought of getting away with a lie (called “duping delight”). 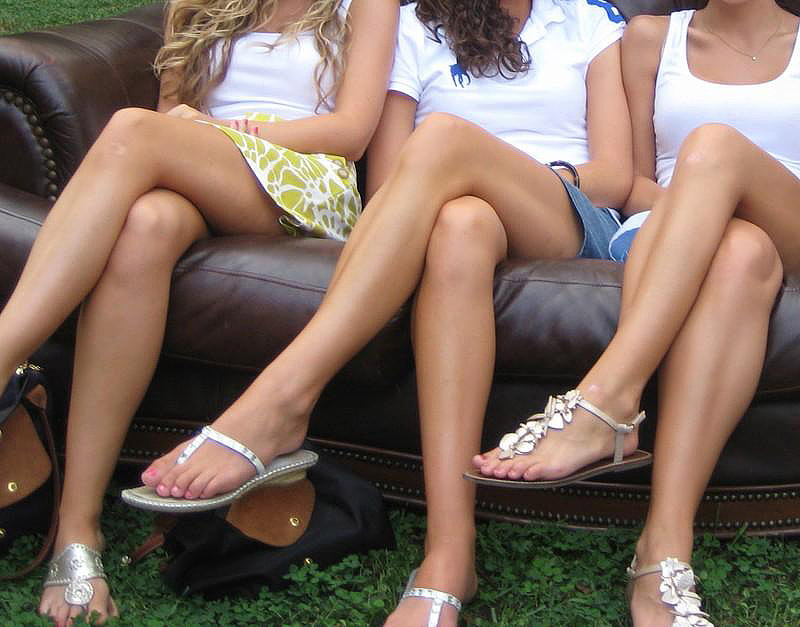 Why You Should Never Cross Your Legs 4 years ago

Save Your Children’s Teeth 5 years ago 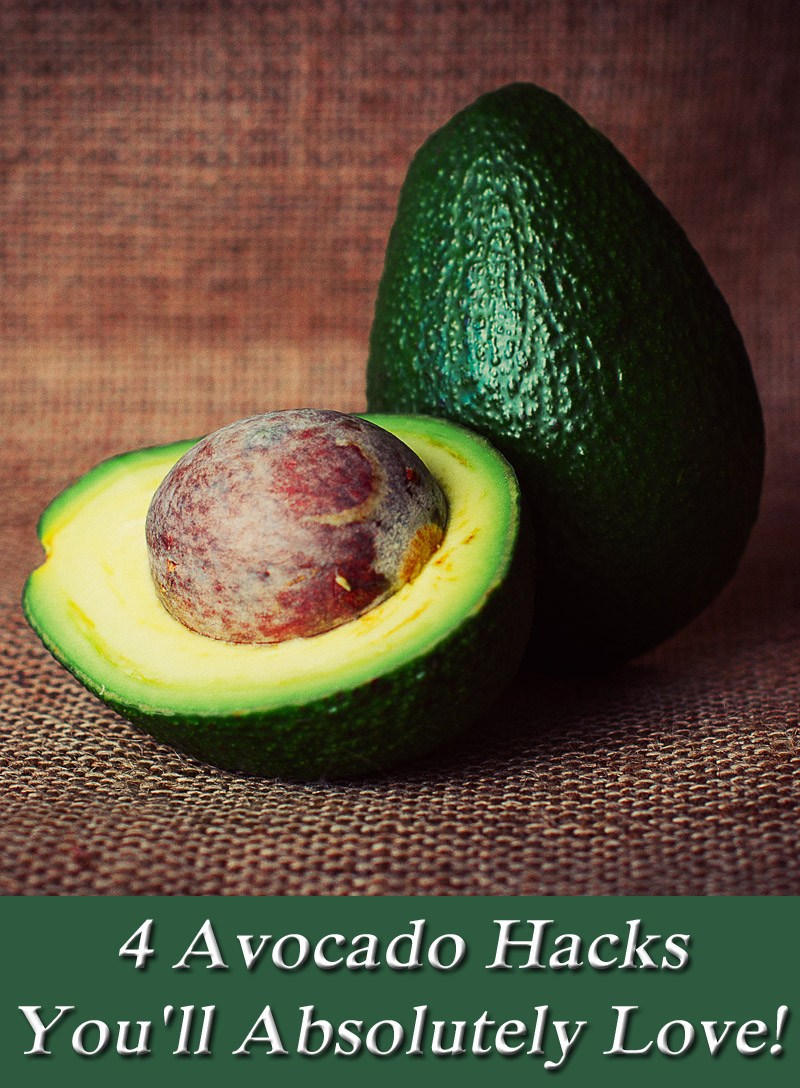 4 Avocado Hacks You’ll Absolutely Love! 4 years ago
← Is A Dalmatian Right Dog For You?
Okinawa Diet – Key to Japanese Longevity? →