Solar-powered buildings that will change architecture 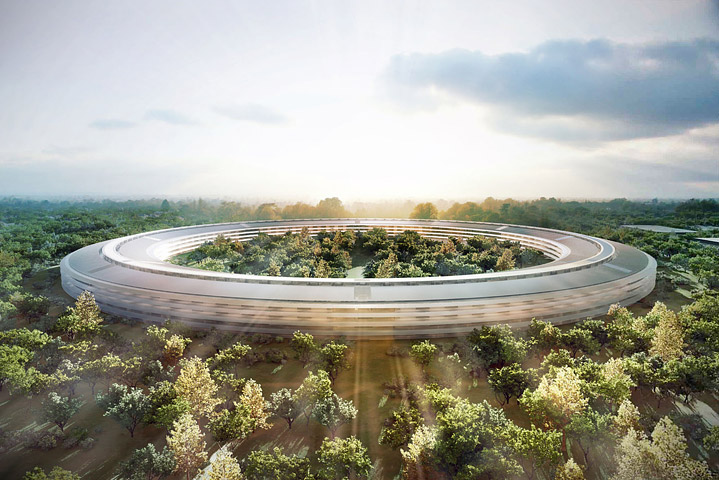 With solar energy prices dropping to record lows and advancements in design soaring, more architects and developers are turning to solar for its costs savings and aesthetic appeal. As we’ll see over the next two years, some of the largest building projects in the world are integrating photovoltaics from the rooftop down to the facade. Below are just a handful of solar-powered buildings we can’t wait to see completed. Apple’s gorgeous new $5 billion headquarters in Cupertino, California, dubbed the “Spaceship,” will not only contain the largest pieces of structural glass ever made, but also one of the largest solar arrays for a corporate building in the world. The technology giant is taking advantage of its copious rooftop surface area to install thousands of solar panels with an estimated output of 16 megawatts of power. The campus will also feature 4 megawatts of biogas fuel cells and source additional renewable energy from a nearby 130 megawatt solar installation from First Solar.

In addition to renewables, Apple is also adding 2,500 new and indigenous trees (bringing the total to over 7,000), groundbreaking sustainable design elements, and miles of biking and jogging trails. In total, the 175-acre campus will be 80 percent green space.

“We’re building a new headquarters that will, I think, be the greenest building on the planet,” Apple CEO Tim Cook said. “It’ll be a center for innovation, and it’s something clearly our employees want and we want.”

Apple’s new HQ campus is expected to be completed later this year. A new 60-story apartment building slated for Melbourne’s skyline is aiming to offer future residents a completely off-grid experience. To achieve this, Peddle Thorp Architects have designed a building with a facade wrapped in solar cells and complemented with roof-mounted wind turbines, sustainable design and a massive battery storage system. Called Sol Invictus (“invincible sun”), the building will be oriented to give its curved exterior the ability to capture as much of the sun’s east-to-west movement as possible.

“This concept would see the technology shaping a fundamental part of the architecture,” architect Peter Brook from Peddle Thorp told Curbed. “Many designers engineer buildings to reduce their exposure to the sun. In this case, we’re doing the opposite.”

According to Brook, leveraging solar panels in the facade as opposed to the roof allowed the designers to expand the square footage available for renewable power from 4,305 square feet to 37,673 square feet. While that number will offset roughly 50 percent of the buildings energy needs, the designers are hopeful that gains in efficiency and other improvements will move that number closer to 100 percent when the project is completed in the next three or four years. As a tribute to Boston’s maritime hertiage, GE’s new sustainable headquarters overlooking the city’s Fort Point Channel will include a dramatic solar veil. According to Boston Magazine, the veil will be “composed of solar slats that will let light through, but not before it bounces off their photovoltaic surfaces.”

In addition to repurposing two old brick warehouses on the 2.4-acre site, GE also will install native plantings, rooftop gardens, and, as a sign of things to come, elevated ground floors and critical systems to account for future sea level rise. To encourage the use of mass transit, biking or walking to work, the site will feature only 30 parking spots for its expected 800 employees.

After completion sometime in 2018, GE expects its HQ to be certified as one of the greenest buildings in the U.S. Tesla’s Gigafactory in Nevada, the future battery-production centerpiece of its electric car empire, is not only the world’s largest building by physical area (with a factory footprint of 126 acres), but also a net-zero energy facility.

According to CleanTechnica, the company decided from the start not to build a natural gas pipeline to the factory as a way of “forcing it” to rely on renewables. The current plan involves not only covering the entire roof in solar panels, but also installing arrays in the neighboring hillsides. If that doesn’t fully meet the facility’s demands, Tesla Motors CTO JB Straubel says they’ll just have to figure something out.

“So it’s kind of been a fun activity and just, a lot of challenges that come up,” he recently shared. “But in every single step of the process, we have been able to reinvent and come up with solutions.”

In addition to solar, Tesla plans on capturing complementing clean energy from on-site geothermal and wind installations. The site is currently on track to become full operational by 2020. Once it’s completed in 2017, the Copenhagen International School in Denmark will feature the world’s largest solar facade. The more than 12,000 colored solar panels, integrated directly into the building’s structure and glass, will produce half the energy needs of the school (around 300 megawatt hours per year).


In an effort to engage the 1,200 students with the facility’s clean energy features, “solar studies” will be integrated into the curriculum. This will allow students to monitor energy production in real-time for use in classes like physics and mathematics.

“We are proud that with the construction of the new school we can integrate innovative architecture into our teaching principles. The goal of the school is to enhance students’ competences in an international environment so that they become responsible citizens of the world with a focus on sustainability,” Brit van Ooijen, Chairman of the Board of Copenhagen International School, said in a release. 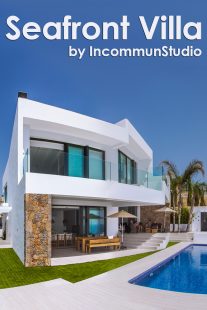