5 Reasons Why To Be Careful With Painkillers 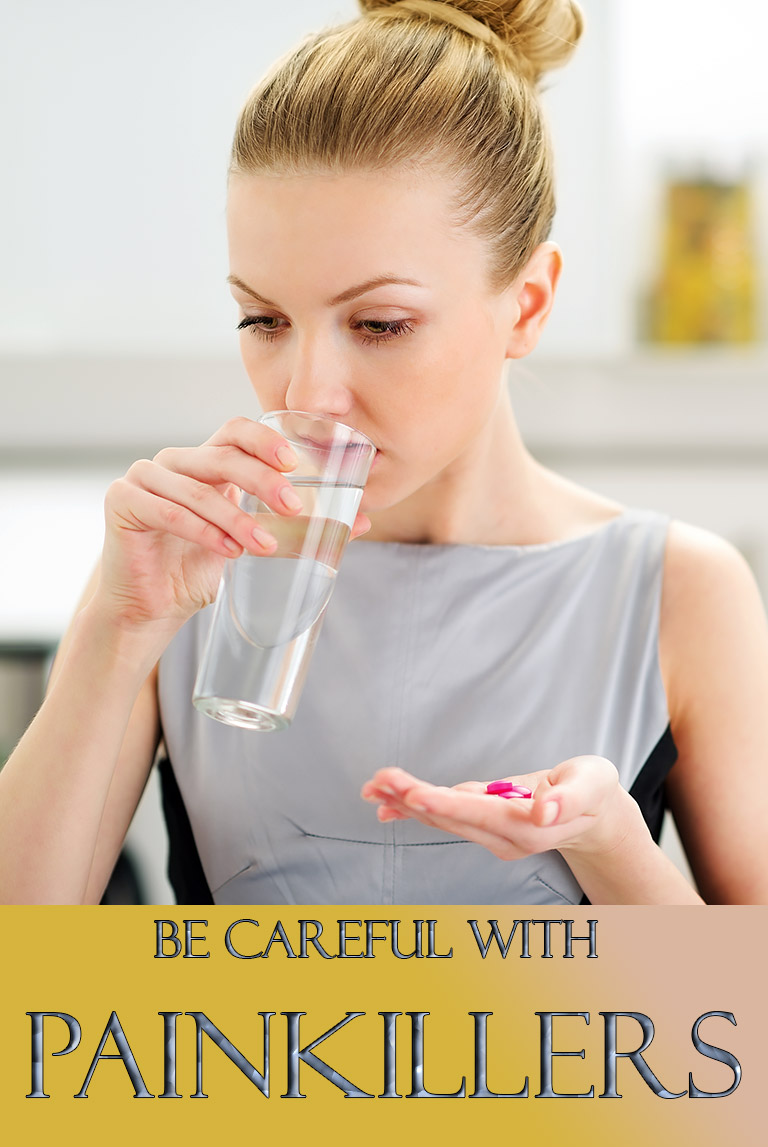 When people get headaches, they usually don’t think twice before popping a few painkillers to relieve the pain. At first, this may seem like a great idea (especially if the pain goes away!) but in the long run, it might not be.

It’s important to distinguish between occasional use and regular use. When you take over-the-counter pain medications, you’re only managing the headache itself, not the underlying cause. You are also exposing yourself to a variety of side effects when you turn to painkillers for issues that might be better solved by lifestyle modification. With different studies showing how stress is directly proportional to headache intensity, maybe it’s time to lay off the pills and go natural.

Some Painkillers Are Addictive

People who go to the doctor for management of chronic headaches are typically prescribed with a drug like oxycodone or morphine (the latter for worse-case scenarios) – opioids, to be exact. The National Institute on Drug Abuse has called opioid addiction, specifically to prescription pain medication, a “global problem that affects the health, social, and economic welfare of all societies”. They estimate that more than two million people suffered from addiction to prescription opioids in the United States alone. While a lot of factors come in to play when talking about addiction, the risk alone is a scary thought.

Painkillers Can Worsen Other Health Conditions

There’s another reason why extra-strength pain medications require prescriptions – because a person needs to be assessed by a physician to determine if he or she is healthy enough to take them. One of the major non-analgesic side-effects of opioids is respiratory depression, meaning they could potentially your breathing enough to deprive your body of much needed oxygen. This is why people who are prescribed with morphine are warned not to take them if they experience this symptom – and why people with respiratory problems aren’t prescribed it. Opioids also are also known to interact with certain other medications, like antihistamines and antidepressants, potentially causing further “sedation” of the body’s normal processes, or other combination effects.

Painkillers May Have Undesirable Side-Effects

Any drug sold over-the-counter or prescribed by your doctor always comes with warning labels for “side-effects”. These are unintentional effects caused by ingesting any sort of medication or pill (which is basically a man-made chemical). Common side effects from long-term use of opioids (and prescription pain medications in general) are nausea, vomiting, and constipation. NSDAIDs or non-steroidal anti-inflammatory drugs are typically over-the-counter (e.g. ibuprofen, diclofenac, ketoprofen) and have been linked with kidney damage. The National Kidney Foundation advises against NSAID-use if you have kidney problems because they cause inflammation of the kidney’s delicate tissues, causing chronic kidney disease or nephritis. Prolonged NSAID use can even damage your stomach lining, causing painful stomach ulcers! Painkillers Can Cause Rebound Headaches

Tolerance is another effect of abusing pain medications – or any medication in general. This is especially true with over-the-counter analgesics because they are so easy to purchase and overuse. When you’ve built up a tolerance to OTC analgesics and prescription opioids, rebound headaches can occur, even stronger or more painful than before. Rebound headaches are called “medication-overuse headaches” by the WHO, and affect up to 5% of a country’s population, affecting more women than men and ranks second as the second most common headache disorder in the world.

Painkillers Are Easy To Misuse

This last reason is targeted specifically towards over-the-counter pain medications. When we hear “over-the-counter”, we often think of the medication as “safe” – and that’s wrong. No medication is completely free from side effects and we are all at risk to abuse them because of this widely propagated notion. The National Institute on Drug Abuse state that over-the-counter medications may be just as addictive and just as dangerous as prescribed medications, and that we should all be cautious and taking them.

With Schramm, et. al. in 2015 concluding that a directly proportional relationship existed between stress and the intensity of headaches, we can assume that one of the best overall strategies to manage painful migraines is to have better lifestyle management. Practicing stress reduction techniques like deep breathing exercises, meditation, exercise, and other similar activities can all help in managing daily stressors from work, school, or home life. Identifying your known stressors can also be a way to find out what exactly is causing your headaches. With the WHO declaring headache disorders as one of the greater health burdens society faces (on the economic forefront), especially for the productive age group (late teens to fifties), lifestyle modifications and better patient education is a must.

Natural remedies may also be a safe and easy way to manage pain. One of the most popular methods originated in Asia; acupuncture. Acupuncture deals with the placement of needles in specific areas of the body to “release pain”, through the improvement of blood flow and energy through the body. Though still often considered controversial and sidelined by orthodox medicine, recent studies have shown how acupuncture was able to cause immediate analgesia for cases of dysmenorrhea and low back pain. In fact, Wu, et. al. published a systematic review and meta-analysis in 2016 concluding that acupuncture was effective in relieving post-operative pain and reducing opioid use in patients. 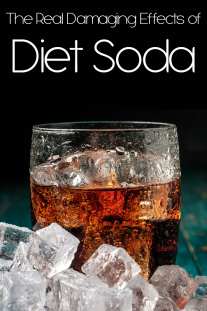 The Real Damaging Effects of Diet Soda 3 years ago 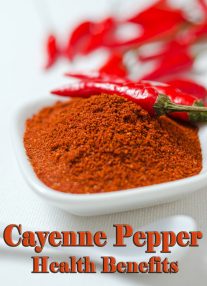 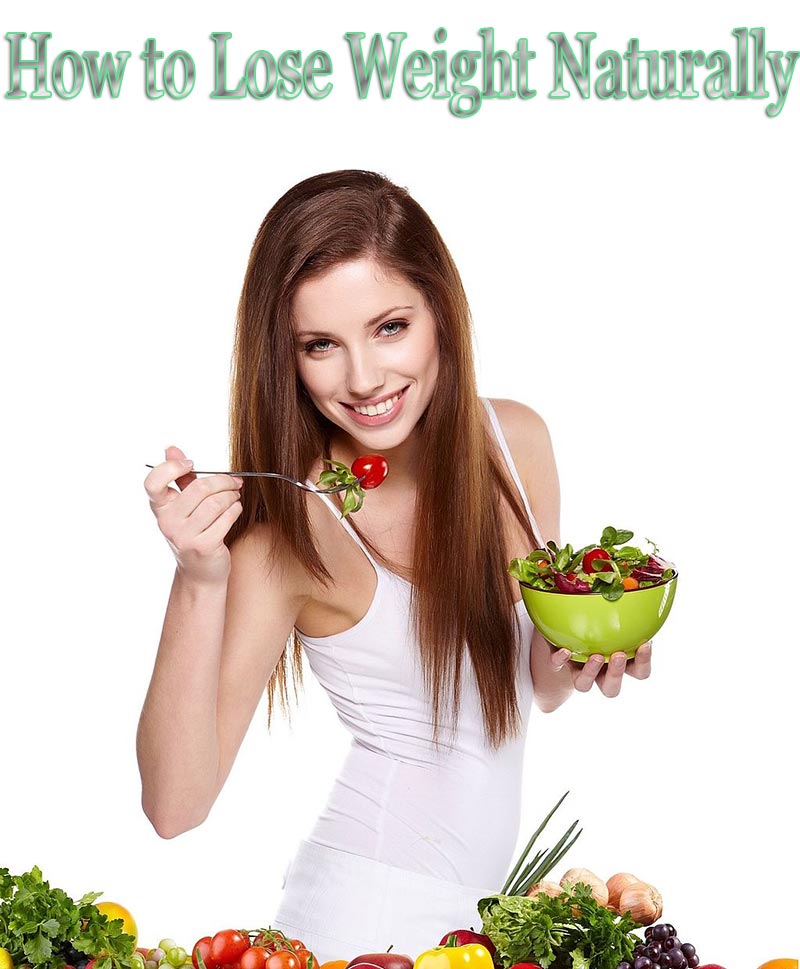