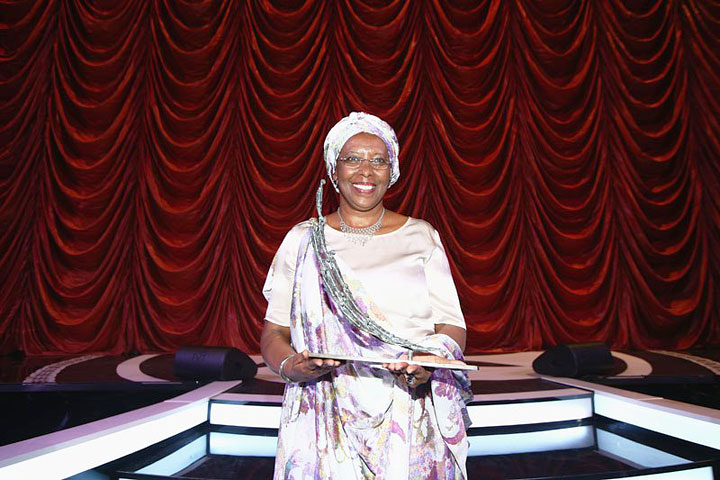 In 1993 civil war broke out in Burundi. The war, which was the result of long-standing ethnic divisions between the Hutu and the Tutsi ethnic groups, would last 12 years and claim the lives of roughly 300,000 people.

At the outbreak of the war, Marguerite Barankitse, a Tutsi, tried to hide 72 of her closest Hutu neighbors to keep them safe from prosecution. They were discovered and executed and Barankitse was forced to watch. Following this gruesome incident, Barankitse was inspired to start her mission at the Catholic diocese where she worked, caring for children and refugees.

Heroic woman created an environment where both Hutus and Tutsis could seek refuge and saved roughly 30,000 children during the horrific civil war. In 2008, she opened a hospital which as treated more than 80,000 patients to date

On April 24, 2016, Marguerite Barankitse was named as the inaugural Laureate of the US$1 Million Aurora Prize for Awakening Humanity. At a ceremony held in Yerevan, Armenia, Barankitse was recognized for the extraordinary impact she has had in saving thousands of lives and caring for orphans and refugees during the years of civil war in Burundi. As the first Aurora Prize Laureate, Barankitse will receive a $100,000 grant and continue the cycle of giving by donating the accompanying $1,000,000 award to organizations that have inspired her work.

Barankitse plans to donate the award to three organizations in order to advance aid and rehabilitation for child refugees and orphans, and fight against child poverty. These organizations are: the Fondation du Grand-Duc et de La Grande-Duchesse du Luxembourg, Fondation Jean-François Peterbroeck (JFP Foundation), and the Fondation Bridderlech Deelen Luxembourg. “Our values are human values. When you have compassion, dignity and love then nothing can scare you, nothing can stop you – no one can stop love. Not armies, not hate, not persecution, not famine, nothing.”

“Marguerite Barankitse serves as a reminder of the impact that one person can have even when encountering seemingly insurmountable persecution and injustice,” said Clooney. “By recognizing Marguerite Barankitse’s courage, commitment and sacrifice, I am hopeful that she can also inspire each one of us to think about what we can do to stand up on behalf of those whose rights are abused and are in most need of our solidarity or support.” On behalf of the survivors of the Armenian Genocide and in gratitude to their saviors, an Aurora Prize Laureate will be honored each year with a US$100,000 grant as well as the unique opportunity to continue the cycle of giving by nominating organizations that inspired their work for a US$1,000,000 award. Recipients will be recognized for the exceptional impact their actions have made on preserving human life and advancing humanitarian causes.

This ‘Vampire’ Hedgehog Is Instagram’s Newest Star 6 years ago