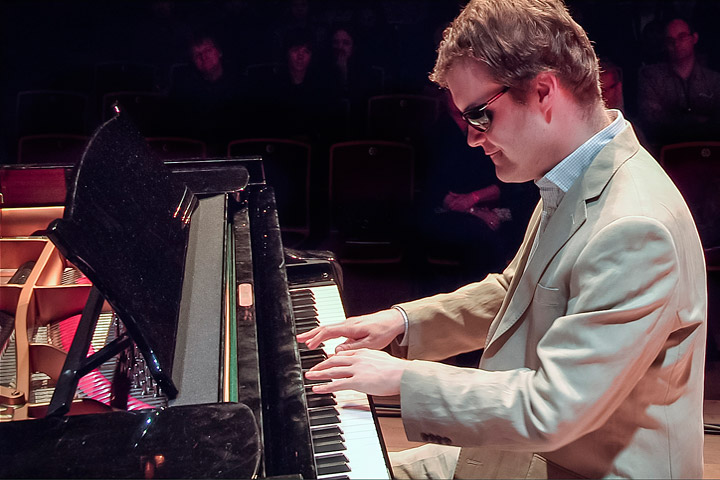 The term is used to describe people who are intellectually disabled for the most part, yet who display extraordinary skills in specific areas. Savant Syndrome is a very rare phenomenon which determines the people affected by it to excel in specific specialization areas while still being plagued by the burden of severe mental handicaps. To some extent, the film ‘Rain Man’ did a very good job at portraying what a person with Savant Syndrome is like and what they’re capable of. Although fictional by some standards, it did shed light on an issue that affects a surprisingly large number of people worldwide.

Savant Syndrome Is Not Always Accompanied By Low IQ

Probably due to the now dated term, idiot savant, most people associate the savant syndrome with low IQ. Although many savants have IQs of between 50 and 70, some can have above average IQ levels.

On the other hand, considering the inherent biases in IQ tests, it is not fair to associate the syndrome with low intelligence. For instance, many savants with extraordinary music abilities often suffer from impaired vision, which can hinder their performance in sight-based IQ tests. A Trade-off In Skills Is Possible, But Not Always

There is a report of a girl who had amazing artistic skills, but her acquisition of formal education and normal socialization skills somehow took this away and made her initial artistic skills fade away. Additionally, in cases where the savant syndrome has come about due to an accident of some sort, a trade-off has also been noted with regard to other skills and abilities. However, this is not always the case. Some savants have been able to grow their unique skills from strength to strength, even while trying improving on other abilities.

The Cause For Savant Syndrome Is Still Unknown

Even today, the causes of savant syndrome are still a mystery. Many experts believe the condition is brought about by the right hemisphere of the brain overcompensating after the left side of the brain gets damaged. This opinion, however, lacks quite a bit of scientific validation to be considered a documented fact. In order for us to get a better understanding of what the condition is all about, we are going to need a lot more research on the subject.

Has Been Documented In Literature For Over 250 Years

Although the savant syndrome may appear new, especially after being popularized by modern popular culture, the condition was actually described in a psychology journal as far back as 1751. However, it was not until 1887 that the term savant was first used by J. Langdon Down. As a matter of fact, this is the doctor from whom the Down Syndrome derives its name.

Savants Can Be Creative

Many experts originally believed that savants lacked any creative abilities, meaning that they had the abilities to process or store astonishing amounts of information but without being able to do anything else. This is actually not true. Savants can also be very creative. At first, they might just imitate and improvise, but later on, they can turn out to be quite creative. For instance, savants who are musical geniuses, in addition to being able to play back complex pieces of music, go one to create amazing masterpieces themselves, which proves that savants are also capable of creative thinking. Not All Savants Are Autistic

Without a doubt, there is a strong link between autism and the savant syndrome, but not all savants are autistic. Other forms of mental development disorders in combination with unique talents can also produce a savant. As a matter of fact, just 10% of autistic people are savants. Of the people with other forms of mental and CNS disorders besides autism, 1 in 1,400 are savants. As a matter of fact, as many as 50% of all savants are not even autistic!

The Syndrome Can Emerge Later In Life

Most people believe that savants are born with their baffling abilities, but this is not always the case. The syndrome can develop much later in life. Usually, injury to the central nervous system (CNS) or disease is the reason for getting the syndrome later on in life. For instance, a 3-year old became a musical genius after a bout of meningitis. These are often called “acquired savants.”

The exceptional talents displayed by savants are the products of overdeveloped right-side skills. The right side of the brain processes things like learning and artistic expression. A savant can have few or no left-side skills, which is why the savants often look awkward to most people because of the way they carry themselves, speak, and respond to social situations.

Most People With Savant Syndrome Are Male

Savants are disproportionately male. For every one female savant, there are six male savants. This is partly because most of the those suffering from autism are male, and having autism is responsible for half of all savants.

There are suspicions that the male testosterone might be somehow involved in the development of this syndrome, which would explain why males are affected the most by this syndrome.

Savants Have An Exceptional Talent Or Skill

Savants stand out in a particular area of specialty. For instance, the ability to do mathematical calculations at very high speeds, or remember very large amounts of data. Skills may also involve musical abilities such as being able to play complex pieces of music after hearing them just once. However, memory is considered the most common attribute among savants. There are savants who can remember dates, both past and future, to a level that is simply baffling. Cause I’m the Greatest! – Story about Muhammad Ali 6 years ago