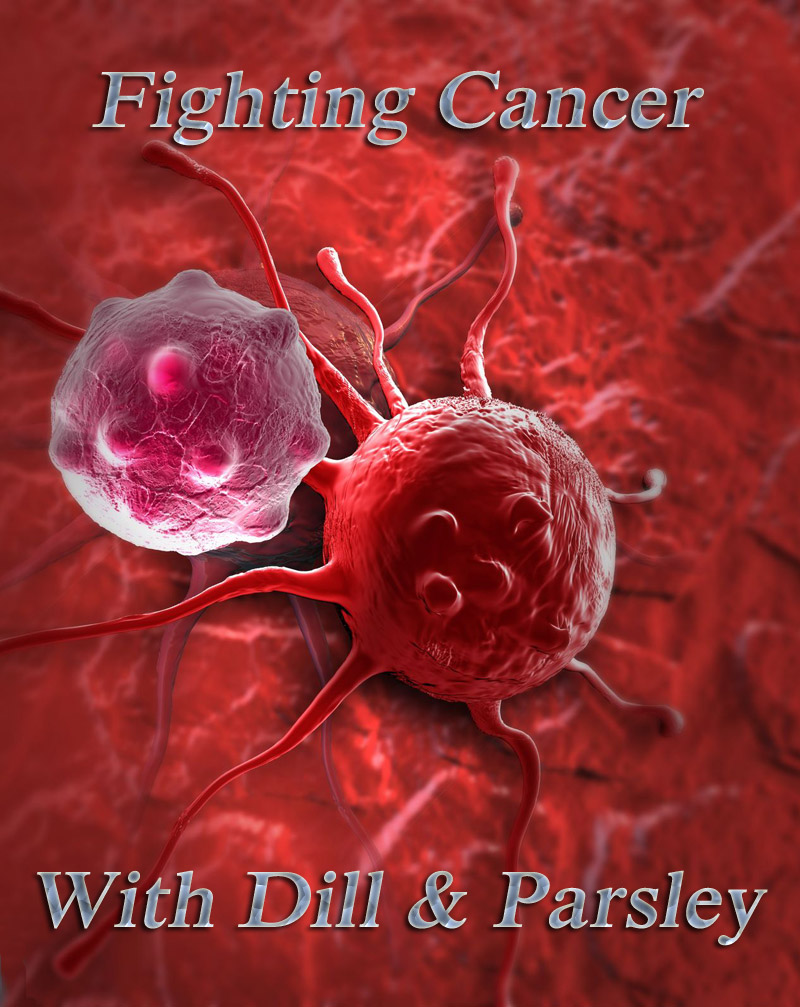 A team of Russian scientists from Moscow Institute of Physics and Technology (MIPT), the N. D. Zelinsky Institute of Organic Chemistry (RAS), the Institute of Developmental Biology (RAS), and the Institute of Cell Biophysics (RAS) proposed an efficient approach to a novel agents with anticancer activity. A synthesis of these compounds is based on compounds extracted from parsley and dill seeds. The results of the study have been published in the Journal of Natural Products.

No growth for cancer cells

Currently, the main method of medical treatment for cancer is chemotherapy. The treatment uses antimitotics, which inhibit the growth of cancer cells by disrupting the process of cell division (mitosis). Cancer cells divide much more frequently than normal cells and therefore they are more susceptible to the effects of antimitotics. For example, the number of melanoma cells doubles every 3 days, whereas the number of their healthy progenitors melanocytes increases by 15%, even when cell division is stimulated. Microtubules play an important role in mitosis. They are composed of a protein called tubulin. Antimitotics bind tubulin and affect microtubule dynamics disrupting cell cycle to result in arrested cell division and subsequent selective death.

The study focused on the potent antimitotic agent glaziovianin A isolated from the leaves of the Brazilian tree Ateleia glazioviana Baill. The reported synthesis of this agent is rather laborious and requires expensive precursors (substances that participate in reactions necessary for obtaining an end product) and catalysts (which accelerate chemical reactions). The authors proposed a novel and more efficient six-stage synthesis process (the normal process has nine stages) for glaziovianin A. Precursors for the process were derived from the seeds of common plants, namely parsley and dill (Fig. 1).

In addition to glaziovianin A, a number of its structural analogs were synthesized in order to help find analogues with favorable antimitotic properties. The anticancer activity was tested via two independent methods using the sea urchin embryos and human cancer cells.

On sea urchins and cancer cells

The embryos of sea urchins were used to mimic actively dividing tumor cells dependent on tubulin dynamics. The scientists added test substances to an aqueous medium with the embryos and determined the concentrations at which the rate of division changes and when it comes to a complete stop. The lower the concentration, the greater the antimitotic activity the substance has. As the authors of the study established previously, when division is disrupted due to specific antitubulin activity of an agent, the embryos of sea urchins start spinning axially. Conveniently, this effect can be easily observed using a common light microscope. Using the embryos, scientists are able to determine several important parameters essential for an anticancer molecule ‘in one shot.” These include a specific antimitotic effect, solubility, overall toxicity and biomembrane permeability.

To further confirm the antitumor effect of active molecules, they were studied with various human cancer cells, ex. lung carcinoma, melanoma, prostate, breast, colon, and ovarian cancers. The experiments showed that the test substances were effective at limiting the growth of melanoma cells, and non-toxic to healthy blood cells used as a control. Detailed structure-activity relationship studies in both assay systems converged on the parent glasiovianin A to be the most active anti-tubulin agent. Future plans include both optimization of the compound to improve its metabolic stability and solubility as well as human xenograft studies in mice to confirm anti-tumor activity and clinical development potential.